Madison Bumgarner made quite the entrance on the field at AT&T Park on Monday.

The San Francisco Giants celebrated their 2014 World Series win with a pregame ceremony before their home opener against the Colorado Rockies, and the ace delivered the championship flag in the most Madison Bumgarner way possible: on a San Francisco police horse.

Bumgarner, who lives on a farm near his hometown in North Carolina during the offseason, has plenty of experience with horses. In fact, the World Series MVP also asked if he could ride a police horse during the Giants’ championship parade but was turned down and had to settle for a photo. 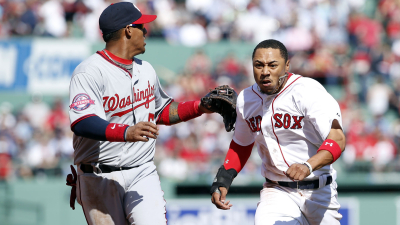