TORONTO — Marcus Smart hit a buzzer-beating layup in overtime, and the Boston Celtics beat the Toronto Raptors 117-116 on Saturday night.

With 2.6 seconds left and Boston trailing by one, Smart took a pass from a driving Isaiah Thomas and sneaked behind the collapsing Toronto defense to score the winning basket, silencing the sellout crowd of 19,800.

Thomas scored 25 points, Tyler Zeller had 20, and Evan Turner added 18 points and 10 assists for the Celtics, who moved one-half game ahead of Miami in the race for the final Eastern Conference playoff berth after the Heat lost 99-98 to the Detroit Pistons.

The Raptors led 116-115 on a 3-pointer by Lou Williams with four seconds left, but they couldn’t hold on for the win. DeMar DeRozan scored 18 of his 38 points in the fourth quarter and overtime, while Williams finished with 27. 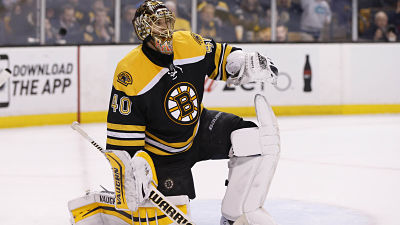 Bruins’ Defense, Goaltending Step Up At Most Important Part Of Season