Why, then, is it so difficult for opponents to stop the 22-year-old?

From his smooth transition to the Red Sox?s outfield to his dynamic performances atop Boston?s order, Betts has played to his strengths since making his major league debut last June. His speed, athleticism, confidence and instincts have turned him into a game-changer less than 60 games into his career.

Much of what Betts does on the diamond can?t be taught. There are certain things you either have or you don?t as a baseball player, and Betts frequently has proven there is little he can?t do between the lines.

Betts? effort in Monday?s home opener against the Nationals was Exhibit A of just how special he could become — or perhaps already is — at the highest level, as he single-handedly took down Washington in a span of two innings to propel Boston to a 9-4 win at Fenway Park.

?He took the game over, all ends of the game,? Red Sox manager John Farrell said after Monday?s victory. ?Defensively to baserunning to at the plate. Exciting player, as we?ve seen.

?He went through a couple of game period there in New York where he was being pitched to a little bit with a heavy dose of breaking balls. But he?s a talented and exciting player.?

Betts? day started with a sensational catch to rob All-Star outfielder Bryce Harper of a potential home run in the first inning. The read was good, the catch was great and the leaping ability was otherworldly. It?s hard to imagine Betts, who was drafted as a second baseman, learned the outfield on the fly last season, as he already looks like he could evolve into an above-average defender in center field.

The next phase in what teammate Hanley Ramirez dubbed ?The Mookie Show? came in the bottom of the first after Betts led off with a walk. Betts successfully stole second base with David Ortiz batting, only he wasn?t content swiping the one base. Betts, demonstrating incredible awareness, immediately popped up and darted toward third base after realizing no one was covering the bag. He dived in safely.

It was only the 11th time since 1915 that a player stole two or more bases on the same play, according to research from Trent McCotter of SABR. But it wasn?t an entirely unfamiliar sight, as Betts showed similar awareness last season while racing to an infield double.

Betts, a five-tool threat, decided in the second inning that power would become the theme of the frame. He clubbed a three-run homer into the Monster seats to put Boston in the driver?s seat 4-0.

The second-inning blast was Betts? second home run of the season, with his first coming off Philadelphia Phillies ace Cole Hamels on Opening Day at Citizens Bank Park and his second coming off two-time All Star Jordan Zimmermann in the home opener at Fenway. Yet rather than focusing on the impressive resume he’s building, Betts said after the game he’s looking for ways to lay off sliders in the dirt.

Betts’ “just go play” approach has worked to this point. Guess that’s what happens when you’re a natural. 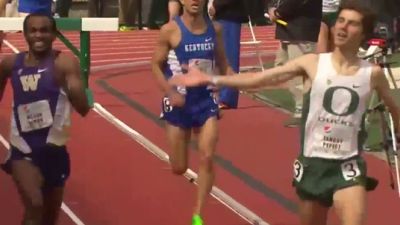