The 2015 NFL draft is just over two weeks away, and it’s becoming increasingly difficult to predict how the New England Patriots will approach the first round.

The Patriots’ two biggest needs are defensive tackle and cornerback, but they’re showing interest in some of the draft’s top wide receivers and linebackers, which could hint that they’ll make a surprise pick in the first round.

1. Tampa Bay Buccaneers: Jameis Winston, quarterback, Florida State
Winston is likely to be the No. 1 overall pick unless the Buccaneers decide they aren’t comfortable with his off-field issues.

2. Tennessee Titans: Marcus Mariota, quarterback, Oregon
The Titans shouldn’t be content with Zach Mettenberger at quarterback. Mariota doesn’t have experience in a pro-style offense, but he has all of the tools necessary to succeed.

3. Jacksonville Jaguars: Dante Fowler, edge rusher, Florida
Many assume Leonard Williams will be the pick here, but the Jaguars could decide they need to address their need for a pass rusher in the first round and wait on a defensive tackle. Fowler certainly thinks he’ll be the Jaguars’ pick.

4. Oakland Raiders: Amari Cooper, wide receiver, Alabama
It just makes too much sense for the Raiders, who desperately need a receiver, to take Cooper — one of the safest picks in the draft.

5. Washington Redskins: Leonard Williams, defensive lineman, USC
The Redskins signed Stephen Paea and Terrance Knighton, but any team could use a player like Williams, who is considered by some as the best prospect in the 2015 class.

6. New York Jets: Shane Ray, edge rusher, Missouri
The Jets have an obvious need at pass rusher, and they’ll be able to pick betwen Ray, Vic Beasley and the rest of the top edge defenders in this draft here.

7. Chicago Bears: Kevin White, wide receiver, West Virginia
The Bears traded away Brandon Marshall this offseason and could use a big speed receiver to pair with Alshon Jeffery. Some analysts have White ranked over Cooper.

8. Atlanta Falcons: Vic Beasley, edge rusher, Clemson
Beasley can be Dan Quinn’s version of Bruce Irvin, playing strong-side linebacker in the Falcons’ base defense and defensive end on third down.

10. St. Louis Rams: Trae Waynes, cornerback, Michigan State
The Rams need a cornerback with the ability to be a No. 1 cornerback. Waynes has the size and speed to shut down top wideouts.

12. Cleveland Browns: Danny Shelton, defensive tackle, Washington
The Browns need stout run defenders in the middle of their defensive line. Shelton can eat up blockers, and he has potential to get after the quarterback on passing downs.

13. New Orleans Saints: Randy Gregory, edge rusher, Nebraska
Gregory could fall in the draft after failing his combine drug test, but he won’t tumble too far. He could be a steal here for the Saints.

14. Miami Dolphins: DeVante Parker, wide receiver, Louisville
The Dolphins need a third receiver to compliment outside threat Kenny Stills and slot-man Jarvis Landry. Parker has as much potential as any receiver in this draft.

16. Houston Texans: Bud Dupree, edge rusher, Kentucky
This might seem like a waste after drafting Jadeveon Clowney No. 1 overall in 2014, but the Texans need another pass-rushing outside linebacker.

17. San Diego Chargers: Todd Gurley, running back, Georgia
Gurley will have to impress with his medicals, but if he does, he could go midway through the first round. The Chargers need a running back after letting Ryan Mathews walk in free agency.

18. Kansas City Chiefs: Breshad Perriman, wide receiver, Central Florida
Chiefs fans might not be happy with this pick, but Perriman is likely to go in the first round of the draft because of his size and speed.

20. Philadelphia Eagles: La’El Collins, offensive line, LSU
The Eagles still could trade Evan Mathis, and Collins projects as a guard in the NFL.

21. Cincinnati Bengals: Malcom Brown, defensive tackle, Texas
The Bengals could use an upgrade at nose tackle, and Brown could be dangerous next to Geno Atkins.

23. Detroit Lions: Melvin Gordon, running back, Wisconsin
The Lions definitely need to take a running back early in the 2015 draft. Gordon reportedly is rated above Gurley by some teams.

25. Carolina Panthers: D.J. Humphries, offensive tackle, Florida
Forgive me for being pessimistic about the Panthers’ attempts to fortify their offensive line with Jonathan Martin and Michael Oher. Humphries has the potential to be the best offensive tackle in the 2015 class.

26. Baltimore Ravens: Dorial Green-Beckham, wide receiver, Oklahoma
If any team can take on Green-Beckham’s headaches, it’s the Ravens. They need a receiver after letting Torrey Smith walk in free agency.

27. Dallas Cowboys: Marcus Peters, cornerback, Washington
Morris Claiborne didn’t turn out as expected. Peters has off-field issues, but he was fantastic in coverage at Washington.

28. Denver Broncos: Ereck Flowers, offensive lineman, Miami
The Broncos have multiples holes in their offensive line, and Flowers can play guard or tackle.

30. Green Bay Packers: Byron Jones, cornerback, UConn
Jones is just too athletic and too solid in coverage to drop out of the first round. The Packers have a hole at cornerback.

31. New Orleans Saints (from Seattle Seahawks): Nelson Agholor, wide receiver, USC
The Saints decided to trade away Kenny Stills, so they need a wide receiver. Agholor was dependable at USC, and he has plenty of potential thanks to his athleticism.

32. New England Patriots: Grady Jarrett, defensive tackle, Clemson
I was tempted to slot a receiver here for the Patriots, since they reportedly are looking to take a wideout early in the 2015 NFL draft. Miami’s Philip Dorsett, Ohio State’s Devin Smith and Auburn’s Sammie Coates all are possible picks at the end of the first round.

Ultimately, however, I believe the Patriots will take a receiver in the second or third round and try to boost their defense in the first round, either with a tackle, cornerback or linebacker.

It’s looking increasingly unlikely that Jarrett still will be around when the Patriots pick 64th overall, and he’s just what they need, playing next to Sealver Siliga, Alan Branch and Dominique Easley on the defensive line. 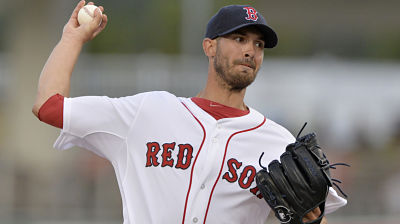 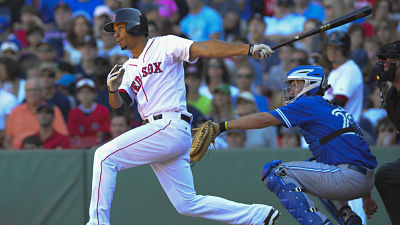