The San Francisco Giants are over the rocky breakup.

Pablo Sandoval, who signed a five-year, $95 million contract with the Boston Red Sox after spending his first seven seasons with San Francisco, made some controversial comments about his former team during spring training. However, the Giants plan to present the third baseman with his 2014 World Series ring in person rather than via mail, according to San Francisco general manager Bobby Evans.

The Red Sox don’t play the Giants in interleague play this season, but Boston travels to the Bay Area in May for a series against the Oakland Athletics. Evans told the San Jose Mercury News the Giants would like to give Sandoval his ring at that time.

Sandoval won three World Series titles with the Giants, making him a fan favorite before leaving in free agency. San Francisco attempted to re-sign Sandoval, but the Panda decided to start a new chapter. 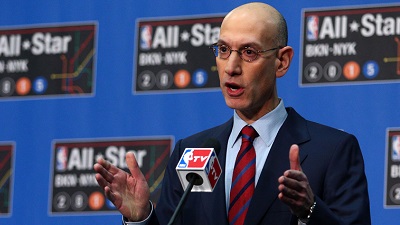