BOSTON — Pablo Sandoval’s hot bat kept the Red Sox within striking distance of the Toronto Blue Jays in Monday night’s game at Fenway Park, setting the stage for a late rally that culminated in a Mookie Betts walk-off single in the ninth inning for a 6-5 win.

Sandoval hit a two-run single in the first inning after Toronto scored three times in the top half of the frame. He also blasted a solo home run to right field in the fourth inning, giving him homers in back-to-back games.

The Sox third baseman finished 2-for-2 with a run scored and two RBIs, raising his batting average to .294 and on-base percentage to .392.

“He’s just an outstanding fastball hitter,” Farrell. “And he can hit pitches in so many different areas. We know that (Blue Jays starter Aaron) Sanchez tries to finish some hitters off with that fastball that runs back, particularly to left-handers. It doesn’t quite get to the spot and (Sandoval) is able to turnaround (and hit) mid-to-upper 90s. In Baltimore a couple of really good swings. Left-handed he’s in a really comfortable place.”

Despite not providing much power (zero homers in the first 18 games) to the lineup over the first few weeks of the season, the 28-year-old has been pretty consistent with hits in 12 of his 18 games, including six multi-hit games.

?You have ups and downs during the season, you work hard to get your rhythm going,? Sandoval said. ?I?ve been working hard in the cage with Chili Davis and Rodriguez. I have to (give credit to) them because they?ve been watching video on me to figure out what I was doing wrong.?

Sandoval also displayed some quality defense in the fourth inning by chasing down a bunt attempt and making a diving catch on the infield grass. He left the game with neck soreness as a result of the play, but said he’s OK and ready to play Tuesday. 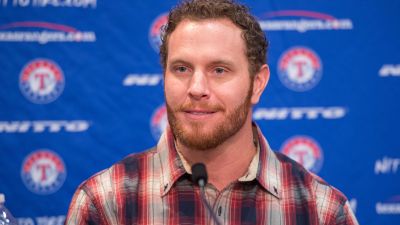 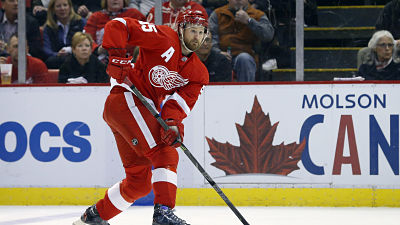