The New England Patriots got the first look at Jamison Crowder.

The Duke wide receiver penned an article for USA TODAY Sports on Tuesday, writing that New England hosted him for a private workout on Friday.

Crowder put up impressive numbers in his collegiate career, finishing with 283 catches for 3,641 yards and 23 touchdowns. Those numbers didn’t seem to translate at the NFL Scouting Combine last month, however. Crowder was only a top performer in the vertical jump, tying for the fifth-highest leap at 37 inches.

At 5-foot-8, Crowder is projected as more of a slot receiver à la Julian Edelman and therefore relies on his speed and quickness. It was disappointing then, when the former Blue Devil posted a lackluster 4.56-second 40-yard dash time. Crowder cited mechanical issues with his form and posted a 4.39-second 40 at his pro day a few weeks later. That number would have been good for fifth among wideouts and eighth overall.

Crowder is projected as a mid-round pick but is a better player than the numbers suggest. Should Bill Belichick and the Patriots strike, Crowder could prove to be a low-risk, high-reward pick, fitting the classic Patriots mold.

Crowder is scheduled to visit the Tampa Bay Buccaneers and Houston Texans this week, as well as the Carolina Panthers on April 10. 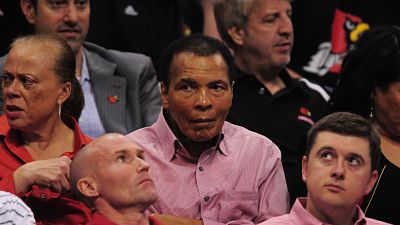 Muhammad Ali Will Be Rooting For Manny Pacquiao Against Floyd Mayweather