The New England Patriots will need to make a decision on the future of their 2012 first-round draft picks soon.

The Patriots have until May 3 to extend defensive end Chandler Jones and linebacker Dont’a Hightower through the 2016 season. Currently, they’re only signed through next season.

Since both players are high-end starters on the Patriots, it would make sense to pick up both 2016 options.

In this week’s mailbag, we discuss which player is more important to lock up, WWE’s best entrance themes and why the Patriots need a wide receiver in the 2015 NFL draft:

@DougKyedNESN Has Pats handling of FA RBs show the faith they have in options currently on roster, or were decisions on 34 and 22 in vacuum?
–@BOwens31

I’d say it’s a little of both. I think they went into the offseason having a pretty good idea that Shane Vereen and Stevan Ridley would be offered more money than they were willing to spend. The Patriots also wisely planned ahead by drafting James White last season and signing LeGarrette Blount to a two-year deal when he became a free agent at midseason.

I believe the Patriots are interested in drafting a running back — Auburn’s Cameron Artis-Payne is a name that keeps popping up — but it also might not be necessary. The Patriots’ decision to draft a running back will completely depend on how they feel about their current crop.

They obviously feel comfortable starting Blount, Jonas Gray played well when he was on the field in 2014, Brandon Bolden has been a consistent option over the last three years and Tyler Gaffney certainly has potential. There’s no player guaranteed to take over as the starter in 2016, however, and Bill Belichick likes to plan ahead.

They seem more set with their third-down options, where they have White, Travaris Cadet and Bolden, who took over the role in 2013 when Vereen was hurt. Gaffney also has experience both as a pass-catcher and blocker from his days at Stanford.

If Gaffney winds up being as good as he was at Stanford, then using a draft pick on a running back could look like a waste of a pick. But the Patriots also have never seen Gaffney even take the practice field, so that’s a big risk.

As Dom Toretto said in “Furious 7”, “The thing about street fights is that the street always wins.” So between Jeff, who grew up in Lowell, Mass., and Nick, from Erie, Penn., I’ll say the street wins.

@DougKyedNESN if you had to pick up the fifth year option on only one player, who would it be, Chandler Jones or Dont’a Hightower?
–@CraigWMRC

This is tough because both players have been extremely valuable and well worth trading up in the first round of the 2012 NFL draft. If I had to choose, I’d say Hightower because he’s more versatile. Hightower has played strong-side, weak-side and middle linebacker in a 4-3, and the Patriots used him as an edge rusher in a four-man front to begin the 2014 season. He can play inside and outside linebacker in a 3-4, and he can run the defense, as he proved by leading the unit to a Super Bowl XLIX championship.

Jones’ best spot is as a 4-3 defensive end. He can rush standing up as a 3-4 outside linebacker, but he still doesn’t appear overly comfortable dropping back into coverage and only had 17 snaps in that role last season.

When the Patriots first drafted Jones, some assumed that he could add weight and play five-technique defensive end in a 3-4 because of his length. He hasn’t packed on the weight necessary, and when the Patriots tried to use him in that role last season, he became a liability against the run.

Belichick loves versatility. He might find it more gratifying than cutting the sleeves off of a crisp, new sweatshirt. Hightower is a jack of all trades and a master of none, while the Patriots don’t have another edge rusher as effective as Jones — and specialized players are important too.

The Patriots can pick up both players’ options, but if they had to choose, I think the choice is Hightower.

@DougKyedNESN whats your favorite wrestling theme of all time and what would you pick as yours if you were in WWE?
–@lobster_dog

This is pretty cliched, but I’d have to say Hulk Hogan’s “Real American”. It’s the catchiest entrance theme of all time and so delightfully ’80s:

I’ll give an honorary mention to Ultimate Warrior’s “Unstable”, because it makes me want to run through a brick wall.

I, like most people, have definitely thought about what my entrance music would be if I were a WWE wrestler, MLB closer or hitter.

Hatebreed’s “Before Dishonor” is a solid choice:

Any great wrestling entrance music needs to be immediately recognized from the first beat.

@DougKyedNESN Would an OT being selected in the 1st/2nd round surprise you?
–@BasalygaAlex

It wouldn’t surprise me at all. I think Nate Solder and Sebastian Vollmer are going to be around for a long time, but if the Patriots are going to draft an offensive lineman in the early rounds, then it likely will be a college tackle, not a college guard, based entirely on the Patriots’ drafting history.

The Patriots have never taken a college guard before the fourth round, and they’ve taken Nate Solder, Sebastian Vollmer, Logan Mankins, Nick Kaczur, Matt Light and Adrian Klemm — all college tackles, regardless of NFL positions — in the first three rounds.

A college tackle — nine times out of 10 — will be better, or at least bigger, than a college guard. Even Dan Connolly was an offensive tackle in college.

@DougKyedNESN what reaction do you have (if any) to the Pats’ preseason schedule?
–@James_Bryant4

I don’t have much of a reaction. I like the preseason more than most people, though. We see rookies, undrafted free agents and veterans throughout OTAs, minicamp and training camp, and then we finally get to see them in game action, even if it’s meaningless. The fourth game is always a bit of a bummer, though.

@DougKyedNESN If you could take one player from the Red Sox to play for the Pats, which player would it be & what position would they play?
–@HailtotheHoodie

Can I say Shaq Thompson? If so, I’d put him at linebacker, safety or running back.

If not, I’ll go with Mookie Betts and play him at slot receiver.

I don’t think the Patriots will take a wide receiver in the first round, but I do think receiver is a need.

Julian Edelman, Brandon LaFell and Danny Amendola are the starters, and behind them, the Patriots have Brandon Gibson, Brian Tyms, Aaron Dobson, Josh Boyce, Jonathan Krause and Kevin Dorsey. None of those options are a lock to make the 2015 roster, and the Patriots will probably carry five wide receivers. I think it would be smart to bring in a rookie and let the rest of that group compete for one spot.

The Patriots also have to look to the future. Amendola is unlikely to be back in 2016 because he has a $6.866 million cap hit in 2016, and Gibson, Tyms, Boyce, Krause and Dorsey are only signed to one-year deals.

@DougKyedNESN given the LB situation do you see Cameron Gordon or James Morris being able to positively contribute to the DEF?
–@DWCoates

I think James Morris could be an impact player if he stays healthy. It’s still unclear why he went undrafted last season, but it could have been related to medical issues. He was signed as an undrafted free agent, then cut when a blood clot was discovered in his leg.

Morris tore his ACL during the Patriots’ final preseason game of 2014, and it looked like he had carved out a role for the Patriots. It will be interesting to see how he progresses and if he can stay healthy this season.

Gordon is a bit of an unknown because he played a number of different positions at Michigan. It might be smart to take a wait-and-see approach with him. 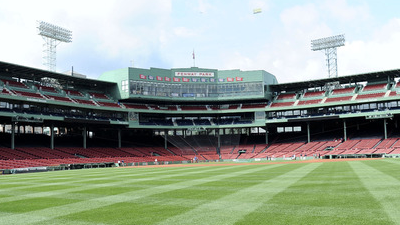