But don’t worry, it all will work out in the end. It always does.

The Patriots go into the draft every year with a “major need” that goes completely unaddressed. Last year, that need was linebacker and tight end. The Patriots drafted neither position but did wind up with a second-round quarterback and a bunch of offensive linemen.

Patriots fans were angry, scared and inconsolable. Then the Patriots dealt for tight end Tim Wright before the season began and linebackers Akeem Ayers and Jonathan Casillas before the trade deadline, and bam, those needs were filled.

So, if the Patriots don’t wind up with a cornerback, linebacker, guard, wide receiver, running back and defensive tackle by the time the draft is over, please don’t panic. Just know they probably won’t address all of their needs and that Bill Belichick has a plan, and you won’t feel so distressed later.

Now that I’ve relieved your future stress, let’s get into this week’s mailbag:

@DougKyedNESN Not a question but a hypothetical; predict who the Patriots acquire via trade at the NFL Draft.
–@DarrylJohnston

Obviously there’s no guarantee the Patriots will trade for a veteran during the draft, but Belichick does seem to like wheeling and dealing more than most general managers.

Trades are rare in the NFL because two organizations typically must have a friendly relationship, no franchise wants to aid another team, and the pieces have to fit together perfectly. Sometimes the NFL outsmarts itself. Many teams would benefit from trades, but they’re too scared to pull them off.

With that in mind, Belichick and Philadelphia Eagles head coach Chip Kelly are close, and the Patriots have holes at guard and linebacker. Eagles starting left guard Evan Mathis and inside linebacker Mychal Kendricks both have been rumored to be on the trading block, and either would fill a major need for the Patriots without being forced to give up a high draft pick.

Kendricks’ deal runs out after the 2015 season, which makes a trade easier, and Mathis has just $2 million guaranteed remaining on his contract.

When discussing trades with the Patriots, the Tampa Bay Buccaneers must be mentioned. There aren’t a ton of players on the Bucs who the Patriots would want and Tampa Bay would be willing to part with, but Alterraun Verner immediately would be the Patriots’ best cornerback if he arrived via trade, and he has just $4.25 million guaranteed remaining on his contract. Why the Bucs would want to trade him is another story, but I’m just predicting.

This is kind of a two-pronged question.

What the Patriots need in a receiver is someone who’s intelligent, agile, dangerous after the catch, sure-handed and speedy enough to take the top off of a defense.

What the Patriots seem to think they need at receiver is someone who’s tall, speedy and doesn’t have a lick of experience in a pro-style offense or at running anything but a go route.

Receivers who actually fit the Belichick mold a little better are Auburn’s Sammie Coates, Ohio State’s Devin Smith and Georgia’s Chris Conley, though even those players are better fits than some past second-round picks by the Patriots. And quite frankly, I like all three of those players, and they would add an element the Patriots don’t currently have.

However, Agholor and Lockett are just better fits for the Patriots’ current offense and quarterback Tom Brady’s skill set. Agholor can play any receiver role, while Lockett is limited to either the “Z” or slot, but either would pair well with Julian Edelman and Brandon LaFell if Danny Amendola parts, as expected, after the 2015 season.

Coates, Smith and Conley have tons of upside, and they would give the Patriots an immediate deep threat. The Patriots are bound to hit on one of their receiver projects one day.

@DougKyedNESN Optimism is great and all, but what are the REAL chances that Butler has what it takes to step into a shutdown CB role?
–@BOwens31

Well, Malcolm Butler was an undrafted free agent out of a Division II school, so any expectations naturally should be tempered, but rookie cornerbacks typically struggle in the NFL, and he was mostly solid in 2014.

Butler’s best attribute at this point is his ball skills, which NFL teams covet. Including playoffs, he ranked second in the NFL in pass deflections plus interceptions per target and first in pass deflections plus interceptions per snap. I can’t see that part of Butler’s game disappearing, but there are other aspects that can improve. He doesn’t have elite size, but he has the speed to stick with receivers down the sideline, and he obviously has the skills to get his hand on the football.

From what I’ve heard, the Patriots are high on Butler, and he’s penciled into one of the top three slots on the depth chart for now. He’ll be challenged in training camp by veterans Bradley Fletcher and Robert McClain and potentially a rookie.

@DougKyedNESN how bout Blount and picks for AP? Haha
–@matheusvchaves

I think you just answered your own question.

@DougKyedNESN do you think the pats trade up or trade down w/ that 32nd pick?
–@jeridtown

I could see it going either way. The Patriots have six important needs to fill before the season begins: cornerback, defensive tackle, guard, wide receiver, running back and linebacker. They could fill five of those needs with the first 101 picks in the draft and all six within the first 131 picks.

They possibly could fill all six needs within the first 101 picks with a trade down.

If there’s a player they love in the first round, though, they could push their need at running back for another season, and they possibly could bring back Dan Connolly and try to make do with what they have on their offensive line, which leads us to our next question.

@DougKyedNESN how do Fleming and Cannon affect the Patriots plans?
–@RyanBuske

There’s a lot of talk about the Patriots’ need for a starting guard, but we don’t know what they have planned for Cameron Fleming yet. Fleming, a 2014 fourth-round pick, was a right tackle at Stanford, and the Patriots briefly experimented with converting him to guard during the regular season despite giving him zerio experience at the position in training camp or the preseason.

OK, fine. I asked myself this question because I wanted to talk about WWE.

My answer: I don’t know. I have no idea. A Russian chain match could mean absolutely anything. I hope each wrestler is just given a chain, and they’re allowed to hit each other, but this isn’t ECW in 1999, so I find that to be unlikely. It’s probably going to be stupid, and they’ll be chained together or something.

Next year at Extreme Rules, I want to see a tables, ladders and chairs match in a steel cage. That would be so dumb.

@DougKyedNESN who are your top players at the DT, CB, LB, OG, WR positions that you could reasonably see the Pats take at 32?
–@PatriotsInform

Defensive tackle: Texas’ Malcom Brown. NFLDraftScout.com lists him as a first- or second-round pick, so that’s good enough for me. I think he has Vince Wilfork-esque upside. If that’s too unrealistic, then I’ll go with Clemson’s Grady Jarrett. He’s underrated and really solid against the run and pass.

Cornerback: UConn’s Byron Jones. He’s an insane athlete who can play press-man, zone and even some safety.

Linebacker: Washington’s Shaq Thompson. If Thompson came on board, then either Jamie Collins or Dont’a Hightower would be freed up to rush the passer more. Thompson is the best coverage linebacker in the draft, and it would be tough to throw over the middle of the field with him and Collins in coverage.

Guard: I wouldn’t take a guard in the first round, but Oregon offensive lineman Jake Fisher or Florida State’s Cameron Erving could be worth a first-round pick because of their experience at offensive tackle.

Wide receiver: Agholor. He has the size and speed to take the top off a defense and the route-running skills and agility to be used at “Z” or in the slot. He also has return skills and ability after the catch.

Paul Revere. I can’t imagine riding around Boston on a horse every time the Patriots make a transaction.

@DougKyedNESN Do you think Belichick will actually get stuffed animals for his birthday or is he more of an action figure kind of guy?
–@bwompbwomp

There were chain toy stores, like Toys “R” Us and Kay-Bee Toys, when I was growing up, and there were smaller, privately owned toy stores that sold mostly educational items.

One of these stores in my town center sold toys like Playmobil figures, books, rubber dinosaurs, stuff made out of wood — basically anything you’d find in the gift shop of a science museum. They also had these weird metal statue figurines shaped and painted like knights, soldiers, horses, Revolutionary War heroes, vikings, samurais, etc., and they were behind glass.

And I only liked them because they were the coolest toys in this weird, disappointing store that didn’t have any Teenage Mutant Ninja Turtles or WWF figures or anything Jurassic Park related. So when I went into this store, I always wanted them, because I was a greedy kid who constantly needed new things. But if there was a Marty Jannetty figure, Nerf gun or Super Nintendo game within a 500-foot radius, I probably wouldn’t have even noticed them. (Just kidding, no one wanted a Marty Jannetty toy.)

Belichick probably had a lot of weird metal figures when he was growing up. 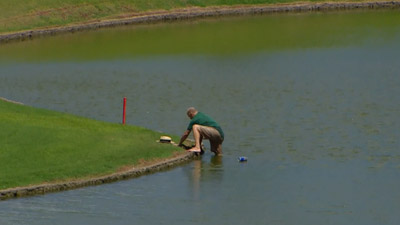 Golf Spectator Loses Hat In Pond, Dives In After It, Loses Beer (Video) 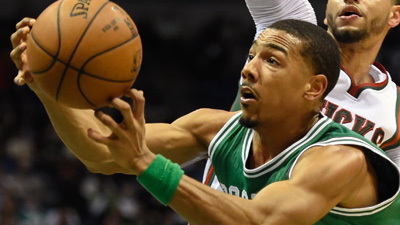