Sterling told the Times of London Magazine on Sunday he wants Liverpool fans to make up a song or chant in his honor, according to Sky Sports. Sterling enjoys hearing songs dedicated to Gerrard and Coutinho during games at Anfield and he wants Kopites to give him the musical treatment, too.

“Of course, when the crowd is with you, there is nothing better,” Sterling said. “My ambition is to have my own song from the Kop. Last season I loved the song for Luis Suarez –Steven Gerrard and Philippe Coutinho have good ones, too.”

Sterling, 20, has become a standout player for the Reds over the course of the last 18 months. His team-high 10 goals this season have given Liverpool fans plenty of chances to belt out his name, but they haven’t done so in a coordinated way.

Sterling’s current contract impasse won’t help matters, either. His refusal to negotiate terms of a new contract until the end of the season leads many to question his long-term future at Liverpool. Fans who are worried Sterling might be the next star to leave Anfield will be wary of committing their song-writing talents to a player, whose eyes might be cast toward another team. 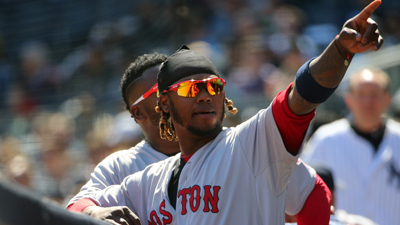 Mookie Betts, Hanley Ramirez Back In Lineup For Series Finale Vs. Yankees 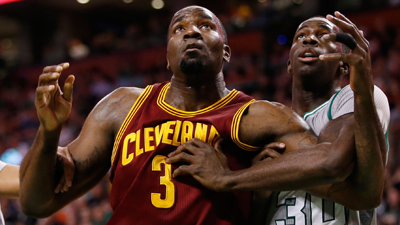