Sometimes, a minor tweak is all that?s needed.

Red Sox manager John Farrell made a slight change to Boston?s starting lineup for Wednesday?s game against the Tampa Bay Rays at Tropicana Field. It was a minor adjustment — one that might be forgotten in time, particularly when new faces are inserted — but it?s evidence the Sox are willing to experiment.

The original order for a ?regular? Red Sox lineup — a term used loosely given Brock Holt?s uptick in playing time and several other factors, including Shane Victorino?s health — made sense from a traditional standpoint. The right-left balance — Pedroia (right-handed), Ortiz (left-handed), Ramirez (right-handed), Sandoval (switch-hitter) and Napoli (right-handed) — in the middle of the order seemed enviable in the context that opponents, in theory, should have a hard time matching up against Boston.

But upon closer examination, the Red Sox discovered they might have been backing themselves into a corner as far as the later innings were concerned.

Farrell noted before Wednesday?s game that opponents twice turned to left-handers to deal with the trio of Ortiz, Ramirez and Sandoval — a move that sets up left-on-left versus Ortiz and that forces Sandoval to bat right-handed, where the third baseman?s looked far less comfortable over the last two seasons.

It should be noted that Ortiz actually had better splits against left-handers than right-handers in 2014, but career norms and his production against southpaws this season, albeit in a small sample size, suggest calling upon a lefty to face the nine-time All-Star late in ballgames remains the logical play.

The important thing here, obviously, is Sandoval?s splits. He?s been way better against right-handers (batting lefty) than against left-handers (batting righty), particularly since the beginning of last season, so using a left-handed pitcher to face the trio clearly makes sense when one considers Ramirez?s splits.

Ramirez, like many right-handed hitters, has slightly better numbers against left-handers in his career, but the difference isn?t drastic enough to sway a team toward using a right-hander against the trio of Ortiz, Ramirez and Sandoval. Sandoval?s dramatic splits essentially override any advantage the Red Sox theoretically should gain by having Ramirez face a lefty.

(Yes, Ramirez has been significantly better against lefties this season. But his career norms, including his 2014 marks, suggest there isn?t an overwhelming advantage or disadvantage with regard to Ramirez based on the opposing pitcher?s handedness.)

So, what about Napoli? Well, he has struggled against both lefties and righties to open 2015, so let?s just examine his splits in the context of his career.

Really, it boils down to Sandoval’s lack of production against left-handers of late. If his splits weren’t so drastic, one way or the other, Farrell probably wouldn’t have considered the minor tweak.

Good for the Red Sox for identifying a subtle, yet logical, tweak that could benefit them later in ballgames as teams tap into their bullpens and look for every advantage possible. 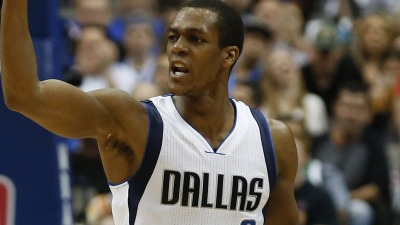