The Seattle Mariners and Boston Red Sox will turn back the clock next month at Safeco Field.

The Mariners revealed Thursday the two teams will take the field in Negro League throwbacks on Saturday, May 16 in the middle of a four-game series in the Pacific Northwest.

The Mariners will wear the uniforms of the Seattle Steelheads, a Negro League club from the 1940s. The Red Sox will sport the unis of the Boston Royal Giants.

See the two jerseys below. Here’s a look at the Mariners’ full uniform for that game.

Click to see Red Sox uniforms throughout the years >> 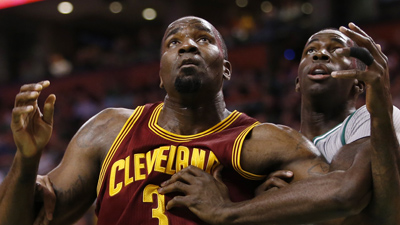 Kevin Love On Kendrick Perkins: ‘We Love Having Him’ On Cavaliers