Unearned runs have been the name of the game this season for the Boston Red Sox. Why, then, shouldn?t their first 1-0 win of the season be a product of an unearned tally early in the contest?

Boston has scored 71 runs in 14 games this season and 19 have been unearned, forcing some to question whether the Red Sox have been more lucky than good. Regardless, the Sox are 9-5 to open the 2015 campaign, which they?ll certainly take after last season?s debacle.

It also was perfectly legal, which Brett, Tampa Bay manager Kevin Cash and starter Chris Archer all acknowledged in some manner after the game.

— Pace is an important part of Wade Miley?s game. He found a good rhythm Tuesday, which was helped to some extent by his ability to jump ahead of hitters.

Miley threw first-pitch strikes to 18 of the 22 hitters (81.2 percent) he faced over 5 2/3 innings despite walking four batters. It represented nearly a 30 percent increase over his first-pitch strike percentage through his first two starts, the second of which was a total disaster.

“That’s huge,? Miley told reporters in St. Petersburg, Fla. “It puts you ahead and you can kind of do what you want to do from there.

?You feel the confidence,? the left-hander added. ?You can kind of nibble a little bit more once you’re ahead 0-and-1 and those guys get aggressive. They want to swing and they know you’re throwing strikes, so they’re going to get aggressive and put the ball in play.?

— Miley?s pickoff throw clearly is a weapon. He picked off Brett at first base in the third inning, marking his second successful pickoff of the season.

To add injury to insult, Brett suffered a partially dislocated shoulder on the play.

— Miley needs to buy Alexi Ogando a beer. Ogando relieved Miley with two outs in the sixth inning and escaped a bases-loaded jam, opening the door for Miley?s first win in a Red Sox uniform.

Miley issued back-to-back walks to Logan Forsythe and Evan Longoria to load the bases. Ogando, who touched 96 mph, stopped the rally by inducing a forceout.

Ogando entered the season as a wild card given his injury history, but the 31-year-old has flashed signs he could evolve into a key reliever who?s used in high-leverage situations. His velocity, in particular, has been encouraging.

“It’s nice that it’s up there,” Ogando told reporters through a translator. “It’s one of those things that gradually works its way up there. You don’t know if it’s going to get there or not. Sometimes you have less of it. Luckily through a lot of hard work, I’ve been able to get to that point. Yeah, I feel pretty good.”

All three runs that Ogando has allowed this season came in one outing. He?s held opponents hitless in four of his six appearances.

— The Red Sox?s defense was sensational.

Brock Holt made a pair of beautiful plays at shortstop, Daniel Nava made a couple of nice scoops at first base and Pablo Sandoval was on top of things down at the hot corner.

— Hanley Ramirez logged his first stolen base in a Red Sox uniform. Boston is 10-for-10 on stolen-base attempts this season. 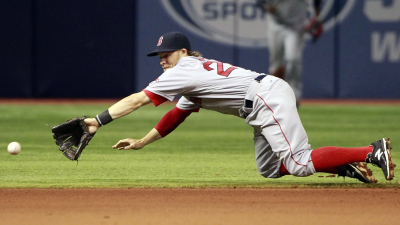 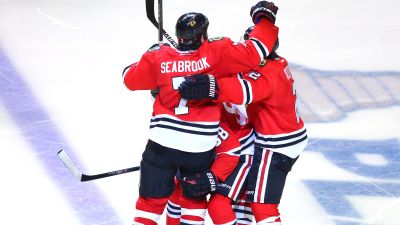