Buchholz wasn’t able to finish the inning, resulting in his shortest outing of the 2015 season.

His final line: five runs allowed (four earned), six hits, one walk and four strikeouts on 60 pitches in 2 2/3 innings. In a span of six hitters, Boston’s 4-0 lead, built the half inning before, quickly evaporated when Toronto hit five singles in the top of the third.

“The inning got away from him. Bottom line,” Red Sox manager John Farrell said after an 11-8 loss. “We score four to give a sizable lead. A leadoff walk kind of set the tone for the inning. I thought he threw a number of quality pitches leading up to the third (inning). But an offensive night on both sides. And even after Clay, we’d score and couldn’t put up a zero to maintain any momentum. Not a good night from the mound.”

Buchholz pitched six innings and gave up two earned runs or fewer in each of his previous two starts, which was a solid improvement after his April 12 outing against the New York Yankees in which he allowed nine earned runs on nine hits and two walks.

But after struggling Tuesday, his ERA sits at 5.76 through five starts.

“Whenever a team gives you a four-run lead, you’re supposed to come out a lot better than that,” Buchholz said of his third inning. “I went out there with a game plan to throw strikes, let them put the ball in play and get outs. Walked the first guy and all the contact they made, they hit the ball hard and it wasn’t at any of our defenders in the field. I’ve got to do a lot better job than that.”

Consistency has been an issue for Buchholz at times in his major league career. Last season, he gave up three earned runs or fewer in consecutive starts on just four separate occasions. Building some consistency won’t just help the starting rotation get back on track, it would also help the bullpen.

Boston’s bullpen has taken on a heavy workload to start the season because the starters haven’t pitched more than five innings per outing on a consistent basis. Tuesday night was the second game in the last three days that a Sox starter failed to pitch at least three innings. Boston starters have pitched five or more innings in 13 of the team’s 21 games overall.

“So many times the starter sets the tone,” Farrell said. “Whether that’s pitching in or pitching off the plate, trying to keep guys from rushing out to one side of the strike zone, a starter is going to give the guy coming in behind him some room to maneuver, and that hasn’t been the case.” 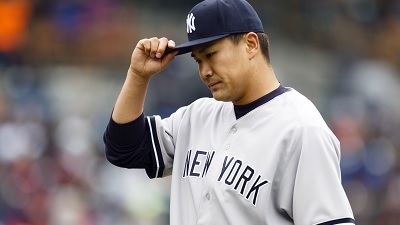 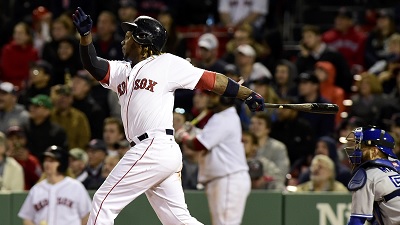