The Red Sox hit four solo homers off Phillies ace Cole Hamels, who, of course, was linked to Boston in trade speculation all offseason.

GAME IN A WORD
Fitting.

The Red Sox refrained from trading for Hamels all offseason and focused instead on building a dynamic offense. Boston already looks like it?s going to hit about 8 million home runs.

The fact the offense?s first big performance came against Hamels is as wild as it is impressive.

Clay Buchholz silencing his critics with a very well-pitched game added to the whole ?fitting? theme.

IT WAS OVER WHEN …
Pedroia and Ramirez littered the left field bleachers in the fifth inning.

Pedroia?s second home run reinforced the notion his power could return this season after he battled hand issues the last two years. Ramirez?s first homer, which increased the lead to 4-0, was an absolute missile.

The Red Sox piled on in the ninth when Ramirez crushed a grand slam.

IN THE BATTER’S BOX
— Could Ramirez actually be Manny Ramirez reincarnated?

It sure looks that way. The beefed-up slugger sizzled an 0-1 offspeed offering from Hamels over the left field fence in the fifth. He then hooked a grand slam inside the left field foul pole in the ninth.

Red Sox manager John Farrell recently said Ramirez hits the ball with as much authority as anyone he?s ever seen. It could lead to a big home run total and quite a few dents in the Green Monster.

— Mookie Betts recently shed light on his more aggressive approach at the plate. It was evident in spring training, when he walked just four times. And it was evident Monday, when he jumped on Hamels? first pitch in the third inning.

Betts added a single and a walk.

Pedroia was very chatty down in Fort Myers, Fla., about returning to a normal lifting regimen, and thus being jacked out of his mind. Well, the four-time All-Star showed Monday he?s more than just talk.

Pedroia supplemented his two homers with a seventh-inning single.

— Ryan Hanigan walked in the second inning and lined a hard-hit single off third baseman Cody Asches?s glove in the fourth inning. Not bad for a defensive-minded catcher thrust into a starting role out of nowhere.

— Shane Victorino walked twice. He also made a nice catch on the warning track and received a standing ovation from Phillies fans, so it was a good day all around for The Flyin? Hawaiian.

— Allen Craig delivered a pinch-hit single in his only at-bat.

— Mike Napoli, a late defensive replacement, walked in his only plate appearance.

— Pablo Sandoval went 0-for-5 with three strikeouts in his Red Sox debut.

ON THE BUMP
— Buchholz was excellent. It looked at times like the ball was on a string.

UP NEXT
The Red Sox and Phillies will return to action Wednesday after an off day Tuesday. Rick Porcello will make his first start with the Red Sox, while the Phillies will counter with Aaron Harang. 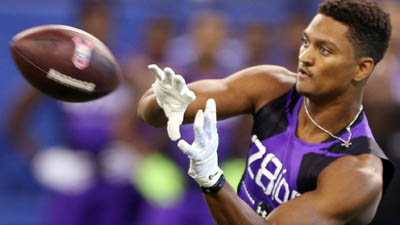 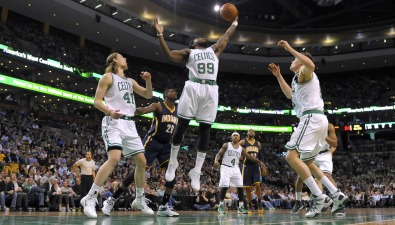