Sometimes, it?s better to be lucky than good. Other times, luck can only go so far.

But as it pertains to the Boston Red Sox?s fast start to the 2015 season, it?s worth keeping in mind that luck, in all of its forms, is a fundamental component of both sports and life in general.

That?s not to put a philosophical and positive spin on what?s happened to the Red Sox through 13 games. It?s simply to suggest we shouldn?t put too much effort into trying to figure out whether their 8-5 record is a product of good fortune or good play.

Boston has been damn lucky through the first two weeks of the regular season. Anyone who hasn?t noticed that hasn?t been paying attention. Each of the Red Sox?s four opponents — the Philadelphia Phillies, New York Yankees, Washington Nationals and Baltimore Orioles — crapped all over themselves at one time or another, paving the way for a few victories that might otherwise have been unattainable.

However, luck happens. And just as the Red Sox are going through a stretch right now in which they?ve been extremely fortunate, there almost certainly will be a period this season when the breaks aren?t going Boston?s way. Lady Luck giveth. And Lady Luck taketh.

The Red Sox?s true colors will be revealed in the not-so-distant future. It?s just tough to rush to judgments based on a 13-game sample size, especially when doing so in the context of intangible elements, like luck. (A similar gray area exists for everyone?s favorite concept, clubhouse chemistry, which simultaneously can be both beneficial and overrated.)

Again, this isn?t to completely shoot down the notion that Boston is winning in large because it?s been lucky. Of the 70 runs the Red Sox have scored, 18 of them — or 25.7 percent — have been unearned. The Sox have benefited from a league-high 20 opponent errors entering Tuesday?s game. To say the Red Sox haven?t had things gift-wrapped on occasion would require total obliviousness, a large amount of opiates or some combination of the two.

But what if Mike Napoli heats up, Mookie Betts catches fire after a brief dry spell, Shane Victorino morphs back into his 2013 form, Rusney Castillo arrives with a bang, whatever? Such developments could go a long way toward preventing what seems like an inevitable regression if one believes the Red Sox are sitting atop the American League East through two weeks only because of their opponents? frequent flatulence.

Arguing whether someone is lucky or good is like arguing whether your buddy is going to some Broadway play because his girlfriend wants him to or because he secretly has a soft spot for incredibly nauseating theater. The results are what they are. Your buddy is still going to that stupid play.

Or, in this case, the Red Sox are still winning baseball games. 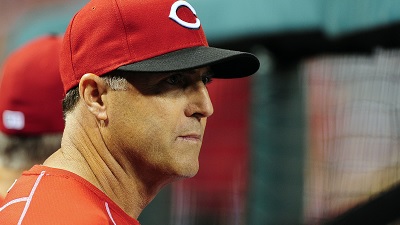 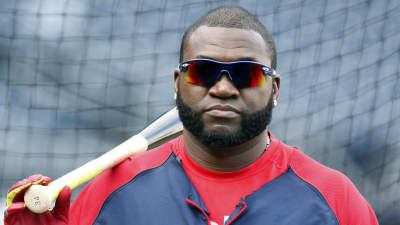 David Ortiz Has Little To Say About Suspension: ‘It’s Part Of The Game’