The New England Patriots could have a 10th selection in the 2015 NFL draft coming their way.

The Patriots’ tampering charges against the New York Jets could be resolved before Thursday’s start to the draft, ESPN.com’s Rich Cimini reported Tuesday. The Patriots filed tampering charges after Jets owner Woody Johnson told reporters in December that his team would “love” for the cornerback to come back to New York.

The Jets also filed tampering charges against the Patriots after New England owner Robert Kraft told reporters at the NFL Annual Meeting that he wanted to re-sign Revis.

If either team is found guilty of tampering, they could forfeit a draft pick to the other team.

UPDATE (3 p.m. ET): The NFL confirmed Tuesday that it has fined the Jets $100,000 for tampering. The Patriots were not disciplined. 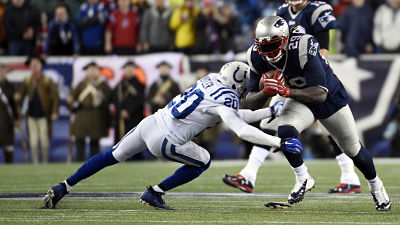 Roger Goodell: I Think DeflateGate Report Will Be Released ‘Soon’