Tom Brady is still having one of the best offseasons ever.

Brady and his New England Patriots will be in Washington, D.C., on Thursday where they’ll be honored by President Barack Obama for their Super Bowl XLIX win over the Seattle Seahawks. If that’s not enough, Brady’s also expected to be in Las Vegas next weekend for one of the biggest sporting events in recent memory.

SI.com reported Wednesday that Brady has personally reached out to CBS president Leslie Moonves to ensure the Patriots quarterback is able to attend the Floyd Mayweather-Manny Pacquiao mega fight on May 2.

This shouldn’t come as much surprise, of course. Brady is one of the biggest celebrities in the country, and Mayweather-Pacquiao is expected to bring out the biggest and best celebs. Tickets finally will go on sale Thursday — the cheapest going for $1,500 — and only 500 of the approximately 16,000 tickets will be available to the public.

Brady and Mayweather also are acquaintances, and the two even Facetimed last month.

So, just to recap. In the last month alone, Brady will have thrown out the first pitch at Fenway Park’s opening day, be honored by the president at the White House and will attend one of sports’ most eagerly anticipated events. Just more unneeded proof that Tom Bradys’ life is better than yours. 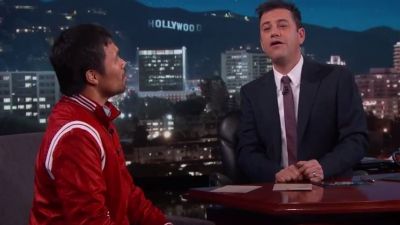