If the National Football League grants London a franchise in the coming years, Tottenham Hotspur might be ready and willing to open the doors of its new home to American football.

Tottenham is in talks with NFL officials about allowing a potential American football team to play home games at its new stadium, the London Evening Standard reported Thursday. The Premier League club expects to open its £400 million ($602 million), 61,000-seat stadium in North London in the summer of 2018. The NFL hopes to establish a franchise in London within the next eight years.

Designs produced by architectural firm Populous reportedly contain an extra dressing room than what a soccer team would need but suitable for an American football team. The Mail reports the designs also “could involve a ?slide-out? grass football pitch (field) with an NFL-style synthetic surface housed underneath.”

Tottenham declined to confirm or deny the reports Thursday, according to ESPN.

The NFL has staged at least one game per year at London’s Wembley Stadium since 2007 but is leaning against trying to house a permanent American football team at the spiritual home of English soccer.

“Standard Sport understands the NFL believe Wembley is not ideal in terms of the experience it offers American football fans and would prefer a ground more suited to them,” the London Evening Standard reports. “Spurs? stadium could provide the solution and talks have taken place between the club and the sport?s governing body.” 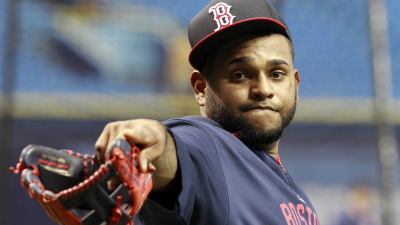