There’s a reason Tom Brady was selected in the 1995 MLB Draft as a catcher, not a pitcher.

After his first pitch was low and away to David Ortiz as part of the Boston Red Sox’s Opening Day ceremony Monday, Brady took batting practice off Baseball Hall of Fame pitcher Pedro Martinez inside Fenway Park.

Brady hit a couple singles to start the session, but that last crack could have hit Pesky Pole if he was out on the Fenway Park diamond. Brady obviously throws right-handed, but he bats lefty.

The Patriots quarterback was selected in the 18th round of the 1995 draft (507th overall) by the Montreal Expos. The Expos became the Washington Nationals, the Red Sox’s Opening Day opponents, in 2005.

It’s unlikely that Brady regrets his career choice after winning four Super Bowls with the Patriots. 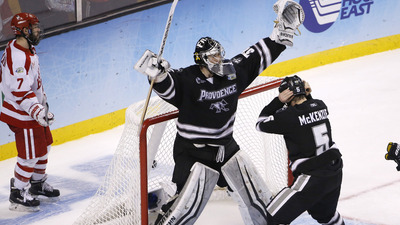 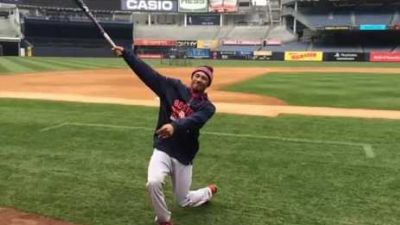