One of the best women’s basketball players in the world is in trouble with the law.

Phoenix Mercury star Brittney Griner was arrested early Thursday morning on suspicion of assault and disorderly conduct, according to Maricopa County Sheriff’s Office, per The Arizona Republic. Griner’s fiancée, Glory Johnson, was arrested on the same charges, according to the report.

Johnson also plays in the WNBA as a member of the Tulsa Shock.

Griner was selected with the No. 1 overall pick in the 2013 WNBA draft and made an immediate impact. She helped the Mercury win the 2014 WNBA title. She’s a two-time WNBA All-Star and won the league’s defensive player of the year award.

Prior to the WNBA, Griner was one of the most dominant players in college basketball history, as she was a two-time All-American and three-time Big 12 player of the year at Baylor. 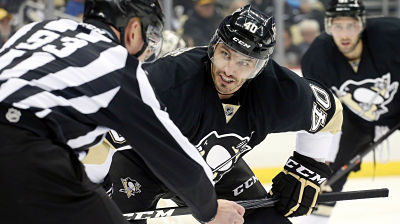