Yordano Ventura and the Kansas City Royals are gaining quite the reputation.

Ventura was at the heart of a bench-clearing brawl Thursday between the Royals and the Chicago White Sox at U.S. Cellular Field. The Kansas City pitcher appeared to shout an obscenity in Adam Eaton’s direction to kick off the fight, which ended with five ejections.

Eaton hit a ground ball back to Ventura with the score tied 2-2 in the seventh inning. Ventura picked up the baseball, yelled something at Eaton and tossed to first base for the out.

That’s when things spiraled out of control, as Eaton, clearly not a fan of Ventura’s comment, started walking toward the mound. Both benches soon emptied, and a brawl broke out in the infield.

Royals outfielder Lorenzo Cain and White Sox pitcher Jeff Samardzija were among those in the middle of the melee. Chicago ace Chris Sale also needed to be restrained.

Ventura, Cain, Samardzija, Sale and Royals pitcher Edinson Volquez were ejected when all was said and done. It was a feisty fight, to say the least, though it’s unsurprising given Kansas City’s track record.

The Royals, of course, are the defending American League champions. And they’re coming out swinging.

Click for a detailed breakdown of the Royals-White Sox brawl >> 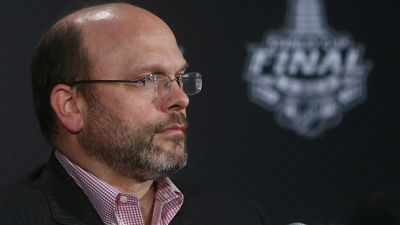