The Boston Bruins have drafted pretty well over the last few years, following a period from 2007 through 2009 that produced zero first-round picks currently making an impact for the team.

Despite the B’s recent success through the draft, there are still a few positions throughout the organization that need more depth and skill. This is largely because many of the team’s better prospects, including forwards Ryan Spooner and David Pastrnak, along with defenseman Zach Trotman, spent a lot of time on Boston’s roster this season and project to be full-time NHL players in 2015-16.

Let’s take a look at three positions the Bruins should target when the 2015 NHL Draft begins June 26.

Spooner should be in the NHL full-time next season, and he might take Carl Soderberg’s spot on the third line depending on what happens with the Swedish forward in free agency. Soderberg said in April that Boston is his first choice. Gregory Campbell will not be back with the Bruins, so the B’s could potentially need to fill two center spots next season. Although, Chris Kelly could move back into the middle after playing on the wing for most of last season.

Khokhlachev was among Boston’s top prospects after the 2013-14 season, but he didn’t play well enough in training camp and preseason to earn an NHL job on opening night. The Russian forward played just three games for Boston this season and was scoreless with one shot. The 2015-16 campaign is an important one for Khokhlachev, who at this stage in his development should be competing for an NHL role.

Fitzgerald and Donato both project to be quality players, but they are not ready for NHL competition next season.

The Bruins don’t lack talent at center in their prospect pool, but there’s a need for more depth and size at this position because it’s uncertain what kind of futures Soderberg (UFA this summer) and Kelly (UFA next summer) have with the team.

The Bruins have plenty of right wingers at the NHL level with Reilly Smith, Brett Connolly, Loui Eriksson, Seth Griffith, Brian Ferlin and Pastrnak all likely to compete for ice time. Impressive prospect Danton Heinen adds even more depth and skill to the group.

Left wing is a different story. Brad Marchand had a good season and led Boston with 24 goals. Milan Lucic was inconsistent and scored just 17 goals, his fewest in a non-lockout campaign since 2009-10. Kelly scored seven goals despite playing 80 games, and Daniel Paille, who won’t return to the team and is a free agent this summer, scored seven goals in 71 games as the fourth-line left winger.

The Bruins could play Eriksson on the left side next season, but he’s better suited at right wing and should play in a top-six role alongside Patrice Bergeron or David Krejci.

The Bruins would be wise to strengthen this position with one of its picks in rounds one, two or three.

The Bruins need more depth on the blue line with the uncertain futures of NHL D-men Adam McQuaid and Matt Bartkowski (both are unrestricted free agents July 1) and the possible promotions of Joe Morrow and Trotman to the NHL next season.

Arnesson is an intriguing prospect because of his two-way skill set and mobility. He told NESN.com at last year’s development camp that he models his game after Chicago Blackhawks defenseman Niklas Hjalmarsson. The Swedish defenseman likely will start the 2015-16 campaign with the Providence Bruins and could be among the candidates considered for a call-up when injuries inevitably affect Boston’s blue line.

O’Gara also enjoyed a solid season at Yale and Warsofsky could compete for an NHL job following a good season for Providence.

Kylington was the choice in my first mock draft for the Bruins. He has the two-way skill set, skating ability and hockey IQ that would help the B’s play a more uptempo style of hockey. 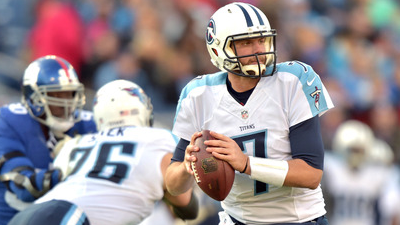 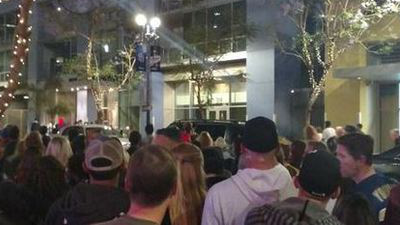