Edward Mujica was designated for assignment Thursday, according to multiple reports. The move all but ends a lackluster Red Sox tenure for the veteran reliever while seemingly opening the door for hard-throwing right-hander Matt Barnes.

Red Sox general manager Ben Cherington wouldn?t confirm Mujica?s designation Thursday during a conference call to discuss the firing of pitching coach Juan Nieves, other than to say a roster move involving Mujica would be announced before Friday?s game against the Toronto Blue Jays. The GM also was rather vague in his assessment of Barnes, who transitioned from Triple-A Pawtucket?s starting rotation to its bullpen Wednesday, likely as a precursor to his second call-up of 2015.

Red Sox relievers, collectively, entered Thursday with an average fastball velocity of 91.5 mph, according to FanGraphs, which ranked 26th in Major League Baseball. You could make the case velocity is overrated in some instances. After all, the Houston Astros? bullpen ranks dead last in average fastball velocity (88.7) despite being one of the league?s most effective units. But it no doubt helps in some cases to have a pitcher capable of lighting up the radar gun and missing bats in the process.

Barnes could assume such a role. The 24-year-old generally sits anywhere from 91-94 mph with his fastball, but he has shown he?s capable of topping out in the high 90s. Red Sox manager John Farrell understandably was intrigued by the development in spring training, at which point it became clear that Boston ultimately might consider shifting Barnes to the bullpen, at least for 2015.

Red Sox relievers, who have been worked to the bone in the early going because of Boston?s inconsistent starting pitching, have compiled just 7.02 strikeouts per nine innings (27th in the majors). Adding Barnes into the big league mix isn?t going to cause a dramatic spike in that area, but Alexi Ogando is the only reliever in Boston?s bullpen capable of matching Barnes? velocity.

Junichi Tazawa can, too, on occasion, but his role has been the same for three years. That means Barnes, if nothing else, gives the Red Sox a more well-rounded ?pen as far as skill sets are concerned.

The Red Sox signed Mujica before last season with the hope of him providing closer insurance behind Koji Uehara. Mujica filled the role on several occasions, but his production was sporadic, forcing the Red Sox to reconsider how the 30-year-old was used. He?s pitched in the middle innings of late.

Perhaps Mujica will clear waivers, elect free agency, sign elsewhere and thrive. Such is the crapshoot of MLB bullpens. But he really didn?t fit the Red Sox?s bullpen as constructed, whereas Barnes gives Boston a live arm with a ton of upside.

For a team needing a boost, particularly from the mound, that?s something you can?t pass up. 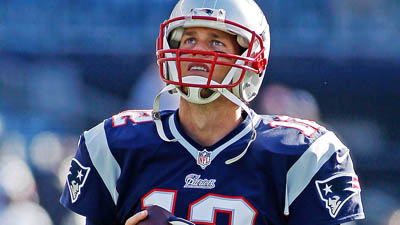 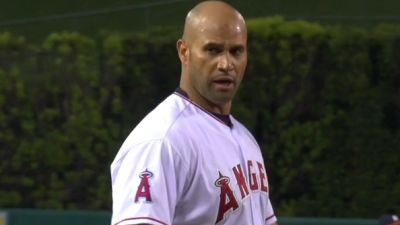