While we wait for the NFL to hand down punishment in DeflateGate, let’s take a look at how the league prevented Ted Wells from definitively pinning any wrongdoing on the New England Patriots in the AFC Championship Game.

If the NFL is going to punish Tom Brady severely, then it will be doing so despite flawed data and a lack of concrete evidence the Patriots quarterback was involved in any shenanigans. Any PSI data should likely be thrown out by the league because of the multitude of errors made by the NFL and its officials on Jan. 18, 2015.

If the league is going to suspend Brady, then it will be based on text messages exchanged between Patriots low-level staffers and the quarterback’s unwillingness to turn over his private cell phone.

Here are the five biggest issues in the Wells Report:

This is the biggest issue with any data trying to prove the Patriots deflated footballs. Referee Walt Anderson, after being told football pressure could be an issue in the AFC Championship Game, didn’t record his pregame measurements. The Wells report bases all data on the Colts’ footballs being 13 PSI before the game and the Patriots’ footballs being 12.5 based on Anderson’s recollection.

Another major issue with any data relating to the PSI in either team’s footballs is the two pressure gauges used were approximately .35 PSI off from one another. Anderson said he recalls using the “logo” gauge, which reads higher than the non-logo gauge. The Wells Report ignored Anderson’s recollection and chose to assume he used the non-logo gauge because it suited their data better.

If the NFL wants footballs to fall within a 1 PSI range, then it can’t use gauges that range considerably from one another.

The most damning evidence against the Patriots is within the text exchanges between team staffers John Jastremski and Jim McNally, in which the former references a needle and the latter calls himself “the deflator” and jokingly threatens to “go to ESPN.” The issue with these texts is they’re from May and October — months away from the January AFC Championship Game. Those texts would look a lot more damning if they came in the weeks prior to the Patriots’ matchup against the Colts.

Who’s to say the Patriots were deflating footballs, then stopped before January because they caught wind the league was after them? Obviously McNally’s trip to the bathroom looks suspicious, and the fact that he originally said he didn’t stop in the restroom in his initial interview looks even worse, but it alone probably shouldn’t assume guilt.

The closest Jastremski or McNally comes to saying Brady is in on any deflation is when Jastremski texts the following:

Jastremski: Talked to him last night. He actually brought you up and said you must have a lot of stress trying to get them done…
Jastremski: I told him it was. He was right though…
Jastremski: I checked some of the balls this morn… The refs (expletive) us…a few of then were at almost 16
Jastremski: They didnt recheck then after they put air in them

This was after the Patriots’ Week 7 win over the New York Jets, and it actually raises more questions than answers.

If McNally’s stress was to deflate footballs, then why were they at 16 PSI the next morning? Apparently, McNally wasn’t doing his job very well.

Why were the footballs at 16 PSI at all? The Patriots must have submitted footballs under 12.5, the officials must have refilled them, and they refilled them way too much without checking the level, proving no one really cared about football inflation or deflation as recently as October.

McNally also sends these texts to his fiancée that week:

Jastremski: Ugh…Tom was right.
Jastremski: I just measured some of the balls. They supposed to be 13 lbs… They were like 16. Felt like bricks

This is actually the only text in which Brady’s desired PSI is revealed, and it’s not 12.5 or lower. McNally told the officials Brady wanted the footballs inflated to 12.5. A common theme in Jastremski and McNally’s texts is Brady complaining about the PSI level in footballs, but it all seems to be related to the Jets game, when they were overfilled by 3.5 PSI. 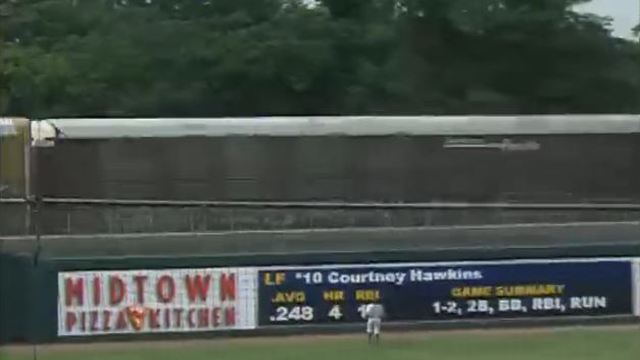