John Farrell pointed a finger after the Boston Red Sox?s walk-off loss to the Seattle Mariners.

And it was pointed directly at himself.

The Red Sox manager shouldered the blame Friday following Boston?s 2-1 defeat for what he repeatedly described as a ?terrible decision? in the bottom of the ninth inning. The decision in question preceded Nelson Cruz?s at-bat, in which the vaunted slugger ripped a line drive into left-center field to plate Seattle?s game-winning run.

Tommy Layne started the ninth inning for the Red Sox after eight brilliant frames from starter Clay Buchholz. The left-hander retired Willie Bloomquist, who pinch-hit for Seth Smith, on a ground ball to begin the inning but then surrendered a one-out single to Brad Miller. Miller hit a sharp grounder into the hole on the left side of the infield that shortstop Xander Bogaerts couldn?t turn into an out.

Miller advanced to second base when Robinson Cano hit a chopper to the right side. First baseman Mike Napoli made the play and flipped to Layne to record the second out upon realizing he had no chance to retire the lead runner.

Then, it was decision time.

The Red Sox could have intentionally walked Cruz with first base open and kept Layne (a lefty) in the game to face the left-handed-hitting Kyle Seager. But instead, Farrell called upon Junichi Tazawa to face Cruz, which obviously didn?t work in Boston?s favor.

Cruz worked the count full against Tazawa — even laying off a 2-2 offering in the dirt — before jumping all over a pitch up in the zone.

?We?ve got it set up, two outs, we can easily take the bat out of (Cruz?s) hands, walk him and then you?ve got a left-on-left with Layne and Seager,? Farrell said, recounting the situation. ?As we sit here in this moment, after the walk-off, yeah, that?s the move to make. Like I said, terrible decision on my part.?

Cruz had been 1-for-8 in his career against Tazawa before Friday?s ninth-inning at-bat. Seager had been 1-for-1 with an RBI single against Layne. Cruz sits atop the American League in home runs, RBIs, batting average, slugging percentage and OPS, though, whereas Seager has been so-so to this point in 2015.

?The way (we) saw Cruz?s first three at-bats, he was chasing some offspeed (pitches) below the zone,? Farrell said. ?He was 1-for-8 against Taz previously. It didn?t work out. That?s a terrible decision on my part.?

The Red Sox didn?t help themselves offensively, either, as Boston?s bats were silenced by J.A. Happ and Co., spoiling a tremendous outing by Buchholz. But rather than pin the blame on his offense, which now has scored seven runs over its last four games, Farrell held himself accountable for the club?s 19th loss.

?Clay pitches an outstanding eight innings of baseball tonight, four pitches for strikes, a dominating performance in his own right,? Farrell said. ?We had a couple of opportunities offensively, but still, the decision in that ninth inning was the story in this one.?

The story is one of frustration. 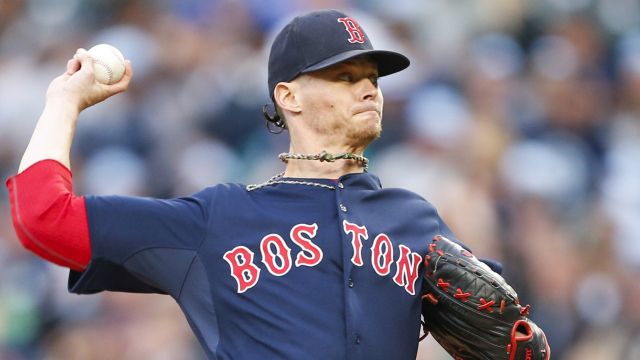 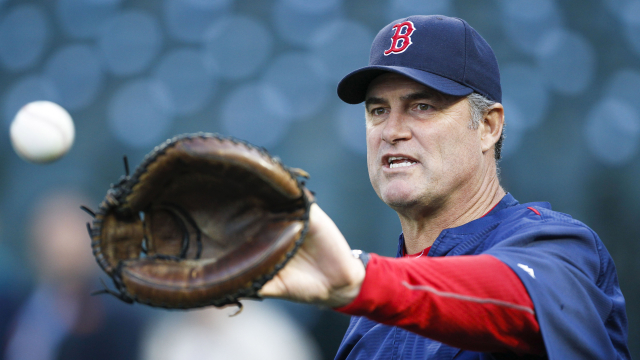