BOSTON — Milan Lucic makes a living out of slapping around a piece of vulcanized rubber with a composite stick. Why should he know anything about the air pressure in NFL footballs?

Lucic, who has spent his entire eight-year career with the B?s, understands the Boston sports brotherhood, though. So when asked about the Deflategate controversy surrounding Patriots quarterback Tom Brady, Lucic made it perfectly clear he stands by the future Hall of Famer.

?A lot of the fans outside, they obviously don?t like teams that win a lot. In New England, we?ve been spoiled here with a lot of championships, especially since 2001-02,? Lucic said. ?As far as Deflategate goes, I don?t even know what a fully pumped-up football is supposed to feel like. So I can?t comment on it too much.

?But at the end of the day, if you look at it as a whole, (the Patriots) scored most of their points (in the AFC Championship Game against the Indianapolis Colts) in the second half. So say what you want, but he?s still, in my mind, one of, if not the best quarterback of all time, and (the Patriots are) one of the best franchises in football history.?

Lucic is known for getting into the rough stuff on the ice. Physicality is a huge part of his game, and with that comes penalty minutes, fights and the occasional threat of supplemental discipline. Even he is having a hard time wrapping his head around the four-game suspension Brady received for his involvement in Deflategate, though. A knowledge of the pounds per square inch (PSI) inside an NFL football isn?t required to know that commissioner Roger Goodell came down hard on Brady and the Pats.

?It?s hard to comment on it because just like I said, I don?t know what a fully pumped football is compared to a deflated football,? Lucic said, half-jokingly. ?So it?s tough to comment.

?But obviously, it?s a pretty hefty penalty. That?s a quarter of a season — four games. It?s a little tough, in my mind.?

Lucic acknowledged that outside perception comes with the territory of being a professional athlete. There are going to be plenty of fans who don?t like the Patriots, the Bruins or maybe another team in Boston. The key, according to Lucic, is playing for the supporters and doing it with pride.

The Bruins? No. 17 certainly is proud of the Patriots? No. 12. No PSI will change that. 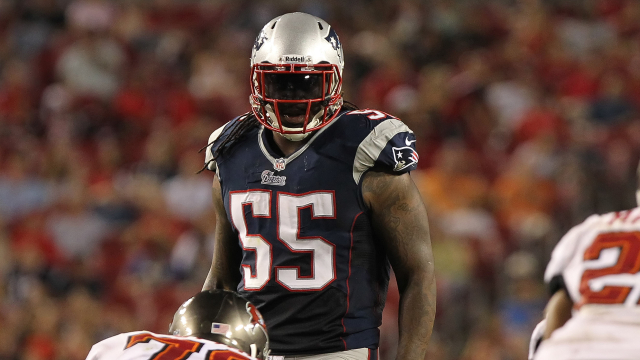