BOSTON — It?s not like there?s chaos on Causeway Street or bedlam inside TD Garden. On the surface, it looks like the Bruins are going about business as usual in the absence of a general manager.

But curiosity can?t be contained. With Boston?s search for a new GM continuing one month after the B?s fired Peter Chiarelli, a few members of the team are anxious to know who they?ll be working for this season.

?Obviously I think everybody?s curious,? goaltender Tuukka Rask said Monday at New England Patriots linebacker Rob Ninkovich?s ping-pong charity event. ?But it?s something that?s totally out of our control. We?re not going to do anything about it. We?re just going to deal with whoever it?s going to be, and I?m sure they?re going to make great decisions and a lot of it is going to be on us as players to perform better out there.

“Whoever the GM?s going to be, I?m sure he?s going to put a quality team out there.?

According to Rask, Chiarelli had a good rapport inside the Bruins? locker room, which is something the netminder would like to see from the former GM’s successor.

Milan Lucic took things a step further, saying he?d like to see the Bruins maintain a similar identity to that of recent years despite whatever changes eventually are made to the roster.

“To kind of keep the culture that?s been created in the past,? Lucic said Monday of his hopes regarding the next GM. ?That?s that Big Bad Bruins-type of team, that is a championship team, and I think I speak for everyone when (I say) that?s what we want to see happening with the team moving forward.”

Patrice Bergeron?s status on the roster seems as safe as anyone?s. As such, he probably doesn?t have too much to worry about with regard to the team?s GM search. The 2013-14 Selke Award winner certainly is interested, however, even if the search isn’t his primary focus.

?Yeah, obviously you are (curious),? Bergeron said Monday. ?As a player, you can?t wait to see who your next boss is going to be. But at the same time, for us as players, we?re just trying to get ready for the next season, try to work hard and rest as much as we can for the summer and be back 100 percent for minicamp.?

The Bruins aren?t used to sitting at home in late April and early May, as this season marks the first time they?ve missed the playoffs since the 2006-07 campaign. It?s a disappointing reality, but the letdown of 2014-15 could serve as a motivator, regardless of the next GM.

?It?s long, to be honest,? Bergeron said of the offseason, with a halfhearted smirk. ?It?s really long right now.

?But at the same time, it?s going well. Just trying to get back in the best form that I can for minicamp.?

Who will be pulling the strings when minicamp begins? Well, that?s anyone?s guess. 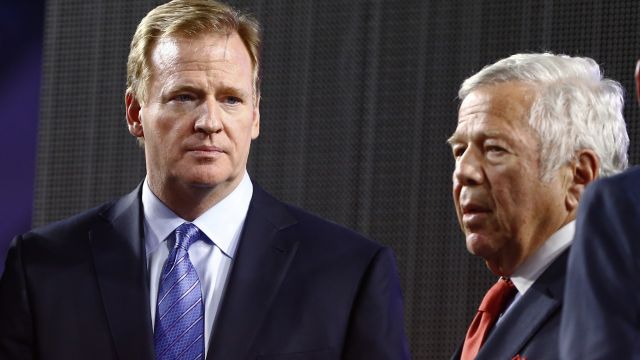 Patriots’ Rob Ninkovich: ‘We All Support’ Tom Brady In Deflategate