The New England Patriots were hit hard by the NFL for their role in DeflateGate, partly because of their perceived lack of cooperation in the Wells Report.

The Wells Report stated the Patriots failed to make staffer Jim McNally available for a second interview. Patriots owner Robert Kraft said in his initial statement when the report was released that McNally actually did four interviews.

The Patriots on Thursday released a document titled “The Wells Report in Context,” which further detailed why McNally wasn’t made available for a fifth interview.

The Patriots said in their report that they agreed individuals be would interviewed by Wells only once, “barring unanticipated circumstances.” Wells wouldn’t disclose why investigators wanted to speak to McNally again, according to the Patriots, so the team “suggested that there might be ways other than another in-person interview to get whatever further information was sought.”

“By the time Mr. Wells was retained by the League, the League had all of Mr. Jastremski?s texts, Mr. McNally had already been interviewed three times, and Mr. Jastremski had been interviewed twice,” Patriots attorney Daniel L. Goldberg wrote. “The first of Mr. McNally?s interviews happened the evening of the AFC Championship, when Mr. McNally volunteered to stay at the stadium for an interview since he would not be back for his game-day responsibilities until August. Patriots management had not yet been advised that an investigation had started, but Mr. McNally, having nothing to hide, talked freely to the League personnel without even asking if someone from the team should be there with him.

“The second and third interviews happened within the next several days. Again, Mr. McNally gave these interviews without any Patriots representative with him. His phone was offered to League personnel for imaging, but they advised that they did not need his phone. (His phone data was later provided to the Wells investigators upon their request and prior to their interview with him.) At his third interview with League Security personnel, he was subjected to very aggressive questioning and demeaning assertions that he was lying when he denied any knowledge of improper football deflation. This approach to the issues by League personnel was consistent with their prejudgments of wrongdoing by the Patriots. Notwithstanding that he had already been interviewed three times, when Mr. Wells asked to interview him again, the Patriots agreed to facilitate that fourth interview.

“Based on this understanding, the Patriots asked Mr. McNally, a game day only employee with whom the team had no ongoing employment relationship, to leave his full-time, out-of-state job in order to be available for an interview at the stadium. Prior to the interview, the Patriots prevailed upon Mr. McNally to allow his personal phone to be checked for any relevant information, all of which was provided to the Wells investigators before the interview. The investigators therefore had all of Mr. Jastremski?s texts (which were provided three weeks before Mr. McNally was interviewed) as well as Mr. McNally?s phone records.

“The Wells investigators brought four lawyers to the McNally interview. They spent the entire day with him. He gave over seven hours of testimony. He answered every question. Among other things, the Wells investigators inquired at length about texts with Mr. Jastremski. Having taken a day off work, he was willing to stay as long as it took to finish. The interview did not end until the investigation team exhausted every topic and question they had.

“Thus, when subsequently asked for what would have been a fifth interview of Mr. McNally, Patriots counsel wanted to understand what unanticipated circumstances warranted this, including whether the interview would be limited to matters that were simply not available to the investigators during Mr. McNally?s prior interview. The Patriots advised the investigators of their reluctance to have Mr. McNally back yet again, particularly given the media harassment he and his family had suffered as a result of prior leaks of Mr. McNally?s name and hometown. The distress to him and his family caused by the ensuing media attention was described in detail to the investigators. With this background, there was a high hurdle before the Patriots would ask Mr. McNally to appear yet again for what would be his fifth interview, and a particular desire to be sure that the standard for another interview ? unanticipated circumstances ? was met.

“While the report states that certain of Mr. Jastremski?s texts were not ‘discovered’ until after this interview (pg. 75, footnote 47), there is no question that the investigators had all such texts in their possession and available for the questioning. They apparently just overlooked them, identifying them now as a matter they wanted to cover in yet another interview. (pg. 75) Although asked numerous times for the reason for their request for yet another interview with Mr. McNally, the Wells investigators never stated the reason that now appears evident from the Report: They had overlooked texts in their earlier interviews and wanted the opportunity to ask about them. This information would have confirmed what is now clear. The request was inconsistent with the interview protocol agreed to at the outset.

“Although receiving no assurances that the requested additional Mr. McNally interview would satisfy the agreed-upon interview protocol, Patriots counsel nonetheless suggested that there might be ways other than another in-person interview to get whatever further information was sought. Patriots counsel offered to be of assistance in those respects.

“There was no follow-up from the investigators. It now appears that the Patriots are being severely punished because the Wells investigative team apparently overlooked materials they had in their possession long before their interview with Mr. McNally — scarcely an ?unanticipated circumstance? calling for yet another interview — and refused to disclose their reason for an additional interview. There was no refusal to cooperate by the Patriots.” 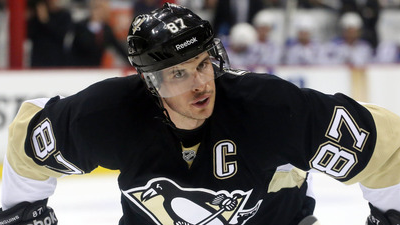