New England Patriots fans are willing to put their money where their mouths are.

Tom Brady and the Patriots were hit hard for their role in DeflateGate, receiving a severe punishment from the NFL that included a $1 million fine, the largest levied against a team in league history.

Patriots fans obviously aren’t pleased, but one avid supporter took his displeasure to another level by creating a GoFundMe page where people can donate money to help the team pay the fine. “We obviously know we won’t reach One Million Dollars, however we do believe the fine is bulls**t and want to help anyway we can,” the description reads. “So whatever is donated will be donated to the New England Patriots in help with the fine!”

“As we venture with this, we will do frequent updates to show progression of this! If enough is made to make the travel, we will fly down there (on our own expenses) and deliver a check in person!”

It’s a nice thought, except when you consider the Patriots are valued at $2.6 billion, according to Forbes, and generated $428 million in revenue during the 2013 season. So something tells us they’ll be OK.

Still, the page had generated more than $1,300 as of 11 a.m. ET Monday — including several donations of $20 or more — so it appears fans are serious about coughing up their hard-earned cash to show support for Brady and Co. 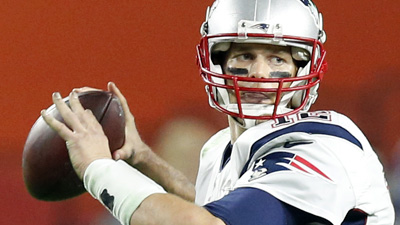