Pedro might have bid farewell to FC Barcelona in the most stunning of fashions.

Pedro scored a bicycle-kick goal for Barcelona on Saturday in its 2-0 win over Real Sociedad in La Liga (Spanish first division) play. Pedro struck just three minutes after coming on as a substitute in what could prove to be one of his final games for Barcelona.

Barcelona was clinging to its 1-0 lead in the 85th minute when a defender’s failed clearance fell to Pedro, who promptly scored using one of soccer’s most celebrated tricks — the overhead, or bicycle kick.

Here are other looks at Pedro’s goal, including a fan’s-eye-view.

Barcelona is chasing three major titles (UEFA Champions League, La Liga and the Copa del Rey or Spanish Cup), as it enters the period encompassing its last four games of the 2014-15 season.

Pedro is a 10-year servant of Barcelona and a holder of 16 winners’ medals at club level and two more internationally. But the 27-year-old has spent much of the season on the bench (making only five starts in 2015) because Lionel Messi, Neymar and Luis Suarez have formed the most fearsome trio in Barcelona’s storied history.

Pedro celebrated his 12th goal of the season (and first since Feb. 8) with deserved gusto, but his Barcelona future is uncertain. Pedro’s contract expires in 2016, and rumors say Arsenal, Chelsea, Liverpool and Manchester City could be willing to spend around around £15 million ($23.1 million) this summer for the talented and experienced winger.

Whether Pedro plays for Barcelona in the coming weeks or next season Suarez and Messi again or in another position, remains to be seen. Head coach Luis Enrique heaped praise on him following Saturday’s win.

“He’s important, a key player for us,” Enrique said, according to Marca. “He’s done what he needs to at all points during the season. He’s a great example for his teammates. He’s perfect in training, and whenever he’s needed, he’s there. It’s a pleasure having him.”

As pertains to Pedro, Barcelona’s loss could be another team’s gain in the coming months. 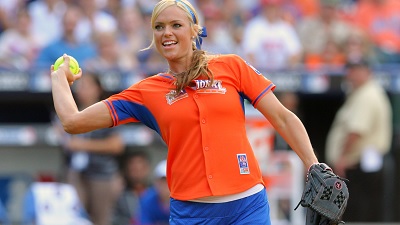