Has Deflategate changed your opinion of Tom Brady? If so, you’re not alone.

Less than a week after the NFL suspended the New England Patriots quarterback four games for his role in Deflategate, E-Poll Market Research released findings from a poll in which it asked more than 1,000 people “representative of the U.S. population” if they liked Brady.

According to ESPN’s Darren Rovell, 47 percent of those surveyed say they don’t like Brady. That number represents a 15 percent increase from a similar poll conducted in mid-February, when just 32 percent of participants said they didn’t like the Patriots quarterback.

Brady is appealing the league’s suspension, but it’s clear the accusations made against him in the Wells Report have affected his legacy, at least in the eyes of fans.

In 2005, only 10 percent of people in E-Poll surveys had negative responses to Brady, and that number jumped to just 23 percent in June 2008 after the Patriots were punished for their role in Spygate.

According to Rovell, the average athlete among the roughly 1,500 players in E-Poll’s database is liked by 86 percent of respondents. More incredibly, Brady’s current 53 percent approval rating — the lowest of his career to date — now is identical to that of an athlete who’s had well-documented public issues in recent years: Tiger Woods.

The book on Brady’s NFL career is far from closed, and the results of his appeal certainly could boost his popularity. For now, though, it appears the three-time Super Bowl MVP is in America’s doghouse. 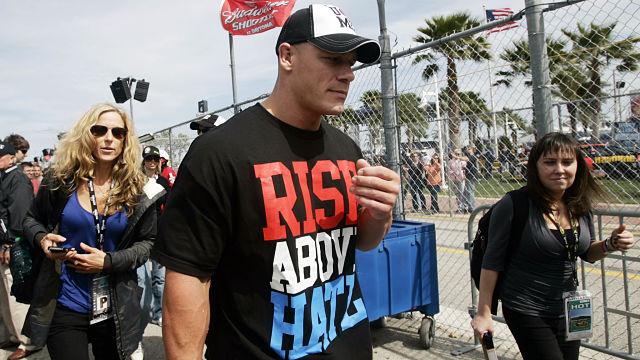