The 27-year-old, man-bunned, coffee-drinking, sharpshooting Italian has all the key ingredients to becoming a cult hero in the NBA. Add to that the genuine appreciation he’s showed toward the Celtics faithful, and it’s no surprise Datome almost immediately became a fan favorite in Boston after being acquired from Detroit at this year’s trade deadline.

Celtics fans certainly love them some Gigi. But will he still be around come next season?

Datome is set to hit free agency this July. The Celtics have the ability to make him a restricted free agent, but the $2.6 million qualifying offer it would take to do so likely is far more than the team would like to pay a guy who averaged 10 minutes per game this season.

Datome was a healthy DNP for 14 of his first 35 games with the C’s, and he played double-digit minutes in just eight of his 21 appearances.

That doesn’t mean the forward definitely is a goner, though. Datome isn’t someone who’ll garner tremendous interest on the open market, meaning the Celtics might be able to bring him back at a discount.

Datome seems to have the support of head coach Brad Stevens, who on multiple occasions has called him the best shooter on the team. Datome’s stroke was impressively strong in March, when he shot 50.9 percent from the floor and 50.0 percent from 3-point range over a span of 13 appearances.

But there’s also the allure of the homeland to take into account. Datome is beloved in his native Italy, where he earned MVP honors in the nation’s top professional circuit in 2013. A return to Europe surely would bring with it both more playing time and a more lucrative contract.

In the end, the choice of whether to re-sign Datome might be out of the Celtics’ hands. But we’re not certain we’ve seen the last of Gigi Time at TD Garden.

Up next: Jonas Jerebko 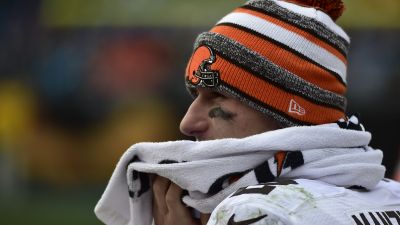