Red Sox Could Salvage 2015 Season, But One Change Won't Fix Everything - NESN.com Skip to content

Dwayne Johnson might as well have thrown out the first pitch, the last pitch and every pitch in between.

The Red Sox hit rock bottom Saturday with an ugly 8-0 loss to the Texas Rangers at Globe Life Park. It?s officially time for Boston to look itself in the mirror and understand the severity of the problem, which is one that can?t be solved by one timely hit, one breakout performance or one key addition.

“I don’t have any answers ” second baseman Dustin Pedroia bluntly told reporters after Saturday’s loss. ?You’ve just got to find a way to have good at-bats, play good defense and play all aspects of the game right. Consistency — we haven’t been there. When you’re not consistent, you can’t build on anything.”

The Red Sox, like many outside observers, have been mystified by their struggles to this point — ?Quite honestly, yes,? manager John Farrell replied Saturday when asked if he?s surprised the team hasn?t gone on a run — and the result has been a frequent barrage of clubhouse responses centered on how close Boston is to turning things around rather than what exactly needs to change to achieve that goal.

Pedroia, ever the vocal leader, was steadfast last week that there needs to be ?less talk, more play? in order for the Red Sox to establish a winning environment. He?s right. And the response was a refreshing deviation from other assessments focused on ?bad breaks? and the intrinsic implication that Boston?s futility stems more from the wrath of angry Baseball Gods than its own wrongdoing. But still, the call to action didn?t stimulate improvement.

Every time the Red Sox take a step forward, they promptly take two steps backward. No stretch magnifies that reality quite like this weekend in Arlington, where the Red Sox were outscored 15-4 in their two games following Eduardo Rodriguez?s brilliant major league debut. Saturday?s loss was a culmination of bad offense, bad pitching, bad defense and bad baserunning — bad baseball, in general.

But is this a bad team?

It?s a fair question to ask with the Red Sox entering Sunday six games under .500 (22-28) and in last place in the American League East. And it?s fair to nod your head ?yes? right now, even if Boston proves otherwise over its final 112 games.

Boston?s minus-47 run differential is the worst in the AL East, which, for what it?s worth, has been a circus this season. Only the Philadelphia Phillies (minus-70), Milwaukee Brewers (minus-66) and Chicago White Sox (minus-48) entered Sunday with worse marks across Major League Baseball.

As such, the Red Sox have backed themselves into a corner. The 2005 Houston Astros — equipped with an 18-32 record and a minus-48 run differential — are the only team in MLB history to overcome a run differential as poor as Boston?s in its first 50 games to make the playoffs in a non-strike season, per the Providence Journal?s Tim Britton. The Red Sox haven?t had a worse run differential through 50 games since 1960.

Sure, the Red Sox could catch fire and start to look more like a contender. Heck, one good week could thrust them toward the top of the lackluster AL East. But Boston?s issues are rooted in more than a single area, making it difficult to envision a sudden turnaround without improvement across the board.

“On any given night, it’s been for a different reason,? Farrell said Saturday of his team?s poor play. ?It hasn’t performed to its capability. Therein lies the inconsistencies.

?We have to continue to prepare. That’s the one thing we do have control over — each guy going out to do the job he’s capable of and then, collectively, we’ve got to turn this around.?

Do your job. It?s a mantra that served the Super Bowl-winning New England Patriots well after a disappointing 2-2 start to the 2014 season. And it?s perhaps the only philosophy worth deploying by the 2015 Red Sox.

Boston could gut its farm system in pursuit of an ace, add a big bopper to its anemic offense or make radical changes among the team?s decision-makers. But each of those avenues ignores the hard truth that the Red Sox aren?t going anywhere this season unless the faces already in the mix perform better.

The Red Sox are down on the mat. It?s up to those in-house to stand up and keep the fight alive. 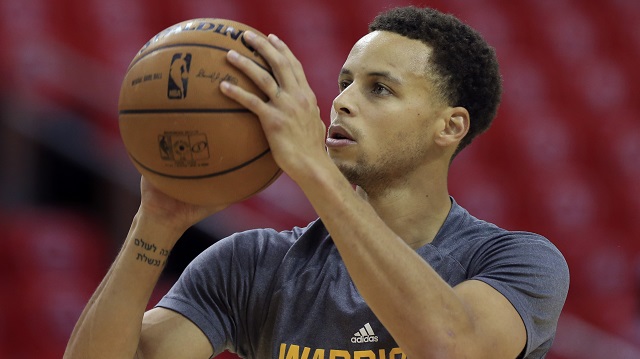