The United States Postal Service shuts down on Memorial Day. But two people continue to deliver the mail: Yours truly and, of course, Karl Malone.

Thus, Monday marked a perfect opportunity to slap down another Boston Red Sox mailbag. If anything, there was a little extra incentive to do it on the holiday because there might be some veterans out there looking for some light Internet reading.

This week’s mailbag explores several topics, including Shane Victorino’s future, David Ortiz’s early-season struggles and the key to Boston’s success moving forward. The Red Sox finally started playing winning baseball at the tail end of their homestand, but will it continue on the road?

Happy Memorial Day, everyone. And a huge thank you to all who have served this incredible country. You guys and gals truly are the bee’s knees, and words can’t express my gratitude.

Now, let’s dive into the mail.

When are the Red Sox going to get rid of Shane Victorino?
— Emil Gaud

The Red Sox have been incredibly patient with Victorino — this season and last — but it seems of late like they?re finally reaching a ?what have you done for me lately?? point with the 34-year-old outfielder. Placing Victorino on the disabled list Sunday — seemingly against his will — confirms this notion.

Two quotes in particular from Red Sox manager John Farrell over the weekend stood out to me:

Farrell, before Saturday?s game, which Victorino exited with a calf injury: “With (Victorino), I’ll be honest with you, I kind of take a day-to-day approach with him.”

Farrell, before Sunday?s game, right after Victorino was placed on the DL: ?No, he didn?t acknowledge it. That?s just the competitor that he is. I?m not saying he fought this. But at the same time, he?s disappointed, he?s frustrated. In defense of Vic, it?s kind of hard to plan inning-to-inning rather than game-to-game.?

Both quotes reflect an apparent lack of trust in Victorino?s ability to stay on the field. And it?s an understandable sentiment. He played in just 30 games last season, spent time on the DL earlier this season with a hamstring injury and now is sidelined again with a calf issue that cropped up almost out of nowhere. The Red Sox essentially are playing with 24 guys some nights with Victorino on the roster, and that reality really seemed to settle in over the weekend, specifically after Rusney Castillo arrived.

The next two weeks are a golden opportunity for Castillo to seize the Red Sox?s everyday right field job. And I fully expect the Cuban outfielder to step up and embrace the challenge. The question then centers on whether Victorino has a role on this team after he returns, and if so, what is it?

Having both Castillo and Victorino — two right-handed-hitting outfielders with similar skill sets — seems a bit redundant. That said, the Red Sox don?t really have another outfield option more palatable than Victorino, as Jackie Bradley Jr. has yet to demonstrate an ability to hit major league pitching.

So while it?s easy to grow tired of Victorino?s injury plagued ways and suggest the Red Sox should cut ties with him altogether, it?s probably not the best option unless an external player is added. Instead, the Red Sox need to come to grips with what Victorino is at this point in his career: a fourth outfielder.

Relying on Victorino consistently has proven fruitless the last two seasons. But if the Red Sox proceed with an outfield of Castillo, Mookie Betts and Hanley Ramirez while sprinkling in Victorino a couple of times a week — assuming Victorino can handle a scaled-back workload — then The Flyin? Hawaiian still has a place on this roster.

It?s on the Red Sox to view Victorino as a bench option, rather than a regular. And it?s on Victorino to accept the role, stay on the field and play his way into a larger role. The sides are arriving at a crossroads.

What do the Red Sox need to do to keep up a winning tempo throughout the season?
— @danny_monahan14

Establish some sort of balance.

Both the offense and the pitching staff have been all over the spectrum. And the biggest issue amid the chaos has been the Red Sox?s inability to match up both facets of the game on a consistent basis. When they?ve pitched, they haven?t hit. When they?ve hit, they haven?t pitched.

So often, we, as sports fans, look to pinpoint areas of strength and areas of weakness — why teams will succeed or why teams will falter — and it often ignores the simple notion that, more often than not, everything must click at the same time. The old adage in the NFL is that ?defense wins championships,? yet we?re seeing now that balance is paramount, and I don?t think it?s much different in baseball.

The Red Sox could go through a stretch where they score 10 runs per game, and they could go through another stretch in which their rotation is lights-out. But the quickest way for this club to generate any consistency is for the starting pitching to provide quality innings while the offense does its job.

That?s easier said than done, sure. But it beats living on the extremes, which is fun in spurts yet rarely works out over the long haul.

We all know Big Papi tends to start slow, but it’s now almost June. Did not playing much this spring affect him?
— @OldManLinehan

David Ortiz hasn?t been himself to this point, as you mentioned. But it?s hard to imagine his preparation during spring training has anything to do with his early struggles. Historically, there?s been no correlation between the two.

Take 2013, for example. Ortiz didn?t play a single spring training game and missed the first 15 games of the regular season, yet he slugged his way to a 10th-place finish in American League MVP voting while posting career norms and led the charge as Boston won its third World Series title in 10 years.

Ortiz played in as many spring training games last season (14, 37 at-bats) as he did this season (36 at-bats), and he finished 2014 with 35 homers and 104 RBIs (his highest such totals since 2007). Players need to adjust their regimens as they age, no doubt, but Ortiz seems to have things figured out.

The safe bet is Ortiz will find his stroke before long. The safer bet is that if he doesn?t, it?ll have nothing to do with what happened in February and March and more to do with his true potential at age 39.

Any chance the Red Sox call up Yoan Moncada in the near future?
–William Sheppard

Not this season. Late-2016/early-2017 seems like the earliest possible arrival.

The Red Sox have struggled in recent years to effectively integrate their prospects into the major league mix without setting them back. You can bet they?ll take no chances with Moncada — a $63 million investment — by potentially rushing him too quickly.

Boston also needs to see how certain dominoes fall before Moncada even becomes a blip on the major league radar. Moncada has played exclusively second base since signing back in spring training, but there?s no guarantee he?ll stay there. He?s capable of playing other positions, so the Red Sox will need to see where their roster stands as he ascends through the system and determine the best fit.

Is Steven Wright the next Tim Wakefield?
— Mitch Jacquart

Wright isn?t flashy, but he?s such an asset because of his ability to wear a number of hats. Whether he starts or pitches in relief, the Red Sox know they?re getting pretty much the same hurler. He has a knack for keeping things under control and giving Boston a chance to win.

In many ways, Wright is the perfect guy to bridge the gap to Boston?s highly touted pitching prospects (Henry Owens, Eduardo Rodriguez and Brian Johnson). 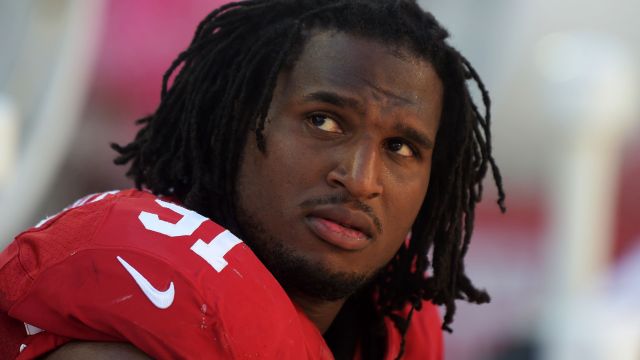