Those four words from John Farrell summed up the Boston Red Sox manager?s mindset following his team?s 2-1, walk-off loss to the Seattle Mariners on Friday at Safeco Field. The skipper completely shouldered the blame for what he described as a ?terrible decision? in the ninth inning of the defeat.

Farrell?s decision to call upon Junichi Tazawa and pitch to Nelson Cruz, who delivered the game-winning hit, was a bad one in hindsight. The Red Sox, as Farrell later noted, would have been better off sticking with left-hander Tommy Layne, walking Cruz and going after the left-handed-hitting Kyle Seager.

One brain fart wasn?t all that occurred Friday, though, as much as Farrell might want to hold himself accountable — a commendable move by the skipper — and simplify the loss. So let?s dive into some of the other notable aspects of Boston?s stomach-churning hiccup.

His seven-inning Opening Day performance against the Philadelphia Phillies was great. And his six-inning, one-run effort April 23 against the Tampa Bay Rays was pretty good, too. But Friday?s outing was Buchholz?s best work yet, as the right-hander looked locked in from the get-go.

“Everything,” Farrell told reporters when asked what was working for Buchholz. “He had command, he had a lot of strikes, he had every pitch working for him tonight. He pitched ahead in the count for the most part, except for the 1-0 fastball to (Seth) Smith for the solo home run. He was very, very good.”

Buchholz allowed three hits, struck out 11 and didn?t walk anyone. His only blemish was Smith?s solo homer in the sixth inning that tied the game at one apiece.

Buchholz worked at a good pace — something that?s been an issue in the past — and seemed to have the Mariners off-balance for most of the night. Of course, it?s always been about consistency with Buchholz, so it?ll be interesting to see how he performs in his next start.

— Another interesting aspect of Buchholz?s start was his continued rapport with catcher Sandy Leon.

Blake Swihart has yet to catch Buchholz since being called up, and while Farrell has said he?s not looking to create specific batteries, there?s no doubt the Red Sox will ride the train as long as it?s on the tracks.

— Tazawa, like Farrell, doled out some self-blame after the game.

?It?s all my responsibility,” Tazawa told reporters through a translator of not retiring Cruz (the only batter he faced).

Tazawa tried to put away Cruz with a 2-2 splitter in the dirt. Cruz laid off and Tazawa left his next splitter up in the zone, where the red-hot slugger jumped all over it.

Looking back, Tazawa should have thrown another pitch out of the zone in the hope Cruz would chase.

?I was sort of caught in between walking him and trying to get him out,? Tazawa told reporters.

— Mike Napoli went 1-for-4 with two strikeouts. His lone knock — a softly hit single — preceded him being tagged out in a pickle between third base and home plate later in the fourth inning.

It?s been that kind of season for Napoli, who?s hitting .168.

The first baseman, to his credit, hasn?t let his offensive woes affect his glove work, though. He?s been very solid in the field and made a few more nice plays Friday night.

— The Red Sox?s rotation has a respectable 3.63 ERA in six starts since Buchholz?s last start in Toronto. Boston?s offense, meanwhile, has mustered up just 18 runs in that stretch (three runs per game). 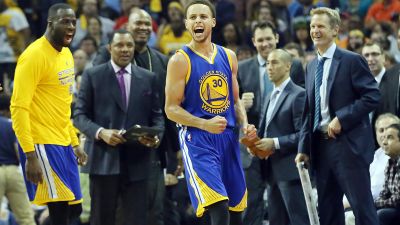