The Red Sox snapped a three-game losing streak in their series opener against the Rangers at Globe Life Park. Eduardo Rodriguez tossed a gem in his major league debut, giving Boston something to feel good about.

Rodriguez?s performance wasn?t the only noteworthy development. Thursday?s win was an encouraging victory for the Sox in many respects, though it?ll go for naught if Boston doesn’t build on the effort.

Let?s dive into some notes from Thursday.

— Rodriguez showed he might represent the present rather than the future.

Rodriguez allowed three hits, issued two walks and struck out seven over 7 2/3 shutout innings. He quickly and economically worked up and down Texas? lineup with relative ease, giving off an air of confidence that?s rare in young players, let alone a 22-year-old pitcher making his big league debut on the road.

“I never get nervous, I just get nervous when I throw my first pitch in the game,” Rodriguez said. “I got on the mound and was looking around, my heart was almost broken. This is what we feel the first time we get to the big leagues. But after that, I just did what I could do.”

Rodriguez?s 105 pitches marked a season high. His most in any start at Triple-A Pawtucket this season is 99, which he racked up twice — April 25 and May 18 — in two winning efforts.

— Catcher Blake Swihart, who made his big league debut earlier this season, certainly knows what it?s like to be thrown into the fire, like Rodriguez was Thursday night in Arlington. The 23-year-old backstop wasn?t surprised by Rodriguez?s performance, though. He?s seen how electric the left-hander can be.

?I?ve seen him do this a lot, even if I?m not catching him,? Swihart said. ?Just going out there with that kind of confidence for his first time, it?s impressive.?

Swihart?s previous work with Rodriguez also paid dividends. The two had a good rapport and formulated a strong game plan that involved Rodriguez not relying on his changeup — considered his best pitch — until his second time through the Rangers’ order.

— Dustin Pedroia is running with this whole leadoff thing.

Pedroia, who batted leadoff for the sixth consecutive game, is hitting .417 (10-for-24) since assuming the role after a three-hit effort. He has reached safely in each of his last 16 leadoff starts dating back to May 10, 2014, and has reached safely in 100 of his 118 career starts in the leadoff spot (85 percent).

— Mookie Betts has batted second the last six games with Pedroia hitting leadoff. The 22-year-old, like Pedroia, has had success in his new spot.

— The Red Sox dodged a bullet with Xander Bogaerts.

Bogaerts was drilled by a pitch on the left arm in the second inning. He exited the contest in the fourth inning with a left forearm contusion, and fortunately for Boston, X-rays came back negative.

?There?s no fracture of any kind,? Red Sox manager John Farrell said. ?He had a scan here tonight. Day to day. Hopefully he?ll be ready to go (Friday). Just above the wrist.?

Bogaerts, who went 0-for-12 in three games against the Twins, had been swinging a hot bat until that point. The Red Sox can?t afford to lose the young shortstop.

Brock Holt, who moved to short in Bogaerts’ absence, is far more valuable when Boston can deploy him in several different ways, and shortstop Deven Marrero could use more seasoning at Pawtucket.

“I think he’s kind of detected some things through video work with his stride direction,? Farrell said. ?He was much more free, and the bat speed was improved. Good to see him square up a couple of balls, for sure.” 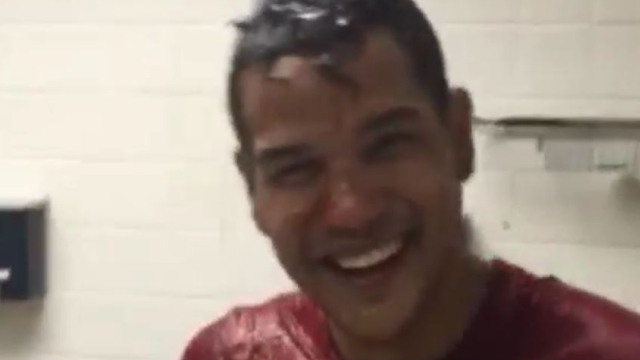 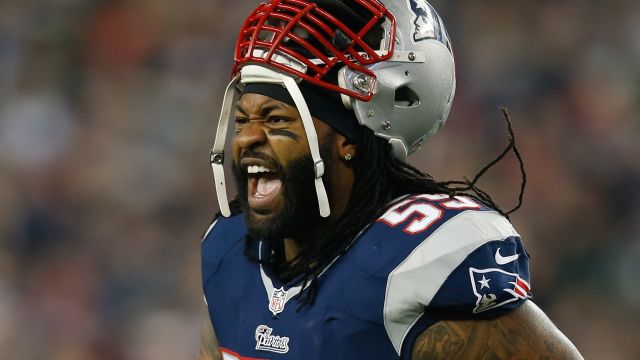