Holy smokes. What a way to lose.

The Boston Red Sox ended a horrible road trip Sunday in the worst way imaginable. Josh Hamilton, pinch-hitting for Adam Rosales with two outs in the bottom of the ninth inning, plated two runs to lift the Texas Rangers to a 4-3 walk-off win at Globe Life Park.

GAME IN A WORD
Ouch.

Joe Kelly worked his fingers to the bone over five innings. He threw 100 pitches and walked a tightrope throughout a pressure-packed afternoon. The right-hander allowed just two runs (one earned), however, and looked poised for a win until the ninth inning.

Pablo Sandoval, who had a tough day in the field, committed an error to open the bottom of the ninth. Hanser Alberto, who reached on the error, then advanced to third base on a sacrifice bunt and a groundout, setting up a showdown between Koji Uehara and Prince Fielder.

John Farrell opted to intentionally walk the red-hot Fielder with first base open. The move proved costly, as Hamilton, pinch-hitting for Rosales, lined a walk-off double into the left-center field gap.

IT WAS OVER WHEN …
Fielder motored all the way around from first base on Hamilton’s gap shot. The big fella was moving.

ON THE BUMP
— Kelly essentially was pitching for his rotation life. He wasn?t overly impressive, but he escaped several jams, to his credit.

Kelly allowed two runs (one earned) on six hits over five innings. He struck out three, walked two and pushed through a couple of defensive miscues to give the Red Sox a chance to win the ballgame.

The Rangers had at least one baserunner in all five of Kelly?s frames. They scored in the first and third innings, though the third inning could have been much, much worse for the Red Sox.

Adrian Beltre followed a one-out walk and an error by Dustin Pedroia with a single into center field. Sandoval then committed an error to load the bases before Kelly induced a ground ball to first base to exit the inning.

Sunday?s start hardly guarantees Kelly will remain in the rotation beyond the next homestand, as the Red Sox have an interesting decision to make. But it wasn?t a total flop, which is a step forward.

— Alexi Ogando faced three batters in the sixth inning. He retired two of them before giving way to Tommy Layne.

— Koji Uehara couldn’t nail down the win. Hamilton jumped on a 1-1 splitter for the game-winning hit.

The blown save was Uehara’s second of the season. He had converted his last seven save opportunities.

IN THE BATTER?S BOX
— Xander Bogaerts had an excellent day at the plate after going 0-for-15 to open the road trip.

Bogaerts led the way with three hits, including a go-ahead, RBI single in the sixth inning. His ability to go the other way was impressive and a sign he?s on the verge of rebounding from his rough patch.

— Hanley Ramirez finished with two hits, including an RBI single in the first inning.

Ramirez?s run-scoring knock to left field in the first plated Mookie Betts, who singled and advanced to second base on a groundout.

Sandoval and Rusney Castillo both singled to put runners at the corners with two outs. Dustin Pedroia then hit a hot shot to third base that ate up Adrian Beltre, allowing Sandoval to score.

— Pedroia?s 10-game hitting streak was snapped by an 0-for-5 effort.

— Castillo had his first multihit performance of the season. He went 2-for-4.

— The Red Sox finished with 11 hits — all singles.

— The Red Sox went 3-for-14 with runners in scoring position and left 10 men on base.

UP NEXT
The Red Sox return to Fenway Park on Monday for the start of a seven-game homestand. It?s an important stretch for Boston given the disappointment of its swing through Minnesota and Texas.

The Red Sox will play the Minnesota Twins for four games and the Oakland Athletics for three games upon arriving back at Fenway. Clay Buchholz is scheduled to face Mike Pelfrey in Monday?s series opener against the Twins. 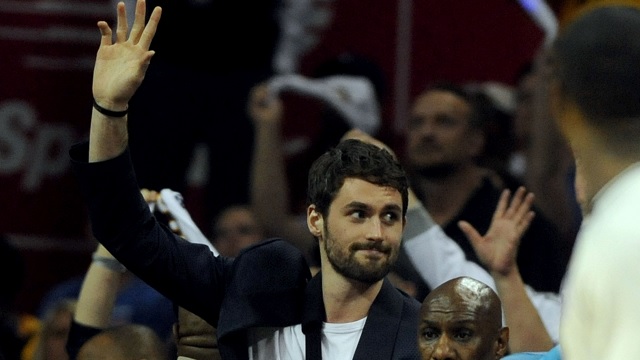