The New England Patriots might not appeal their Deflategate discipline after all — because it might not be necessary.

The Patriots and the NFL are attempting to “resolve their differences” through “back-channel conversations,” sources told ESPN’s Adam Schefter on Monday. The NFL Spring Meeting takes place this week in San Francisco, and commissioner Roger Goodell and Patriots owner Robert Kraft both will be in attendance.

The Patriots were docked a first-round pick in the 2016 NFL Draft and a fourth-rounder in 2017 and also were fined $1 million for their role in Deflategate.

Kraft has been adamant the Patriots did nothing wrong. He sounded off against the league’s discipline to TheMMQB’s Peter King on Saturday over the phone. Kraft and Goodell’s relationship reportedly has turned sour over Deflategate. The two previously were close. 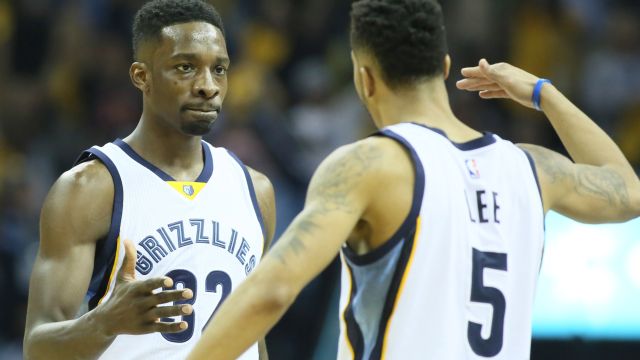 Report: Jeff Green Expected To Opt In, Return To Grizzlies Next Season