The Boston Red Sox reportedly will not name Juan Nieves’ successor until Saturday at the earliest.

Peter Abraham of The Boston Globe reported Friday that the team had not hired a new pitching coach in time to begin its three-game series with the Toronto Blue Jays on Friday night at Rogers Centre.

Nieves, who had held the position since 2013, was fired Thursday. He oversaw a rotation that posted a collective ERA of 5.54 through Boston’s first 28 games — a mark that ranked second-to-last in Major League Baseball.

“Given the performance that we?ve had to date, we?ve been looking at all of those things,? general manager Ben Cherington said Thursday, ?and while we?re confident that we have many of the pieces in place to improve and that we will see improvement, (manager) John (Farrell) and I simply got to a point where we felt that in order to continue to push forward and make improvement, we needed to make a change and have a different voice in that particular position.?

Cherington said the team is considering a “very small” list of candidates for the job. 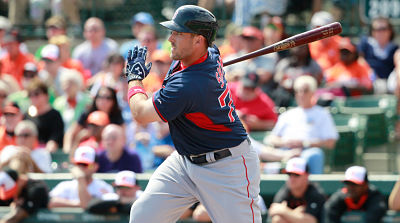 Blackhawks’ Michal Rozsival Out For Season With Broken Ankle (Video)