1:20 p.m.: Be sure to check back at NESN.com/patriots for all of the latest from San Francisco and follow NESN.com Patriots beat writer Doug Kyed on Twitter.

1:16 p.m.: Again, just because the Patriots won’t appeal the discipline handed down to the team from the NFL, that doesn’t mean Tom Brady won’t appeal his four-game suspension. In fact, NFLPA assistant executive director of external affairs George Atallah wassted no time sending this tweet.

1:13 p.m.: Robert Kraft wraps up after no more than 5 minutes at the podium, and to recap: Kraft announced the Patriots won’t appeal the league’s discipline in wake of the Wells Report. That pertains to the NFL taking away draft picks and fining the Patriots $1 million. That doesn’t pertain to Tom Brady’s four-game suspension.

1:11 p.m.: “We have concentrated the power of adjudication of problems with the office of the commissioner. Though I might disagree with what the commissioner has decided, I do have respect for him … that’s he’s doing the best in the best of the 32.

He adds, “I can end (this controversy) or extend it.”

1:09 p.m.: Kraft says the one thing we can agree upon is “the entire process is taking way too long.”

He adds he can’t believe that after all this time we’re still talking about air pressure of footballs.

1:08 p.m.: Robert Kraft is at the podium. He says he’s spent the last few weeks weighing his option and thanks fans for the support. However, he’s mindful of fans at the other end of the spectrum “who feel just the opposite.”

12:58 p.m.: Robert Kraft is expected to address the media in a matter of minutes. You can follow along here, of course, but you also can watch the press conference live on NESN at 1 p.m. ET.

12:30 p.m. ET: Robert Kraft has, for the most part, been relatively quiet in recent weeks. Aside from the Wells Report in Context, and an interview with Peter King, the New England Patriots owner has laid low as controversy swirls around his team.

That will change Tuesday in San Francisco when Kraft meets with the media at the NFL Spring Meeting in San Francisco. It’s likely much of the conversation will center around the ongoing hoopla surrounding deflated footballs and the fallout that ensued, which landed the Patriots some heavy supplemental discipline.

Kraft is slated to speak at 1 p.m. ET, and we’ll have updates for as long as his media session lasts. 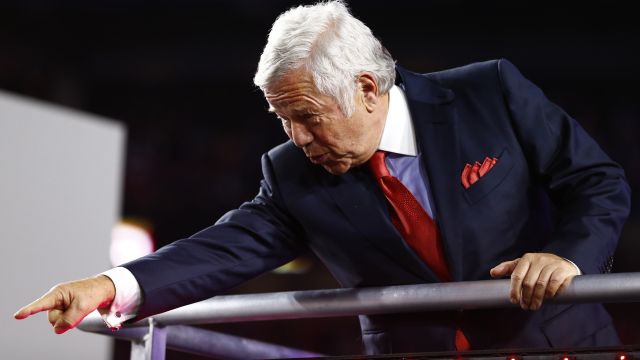 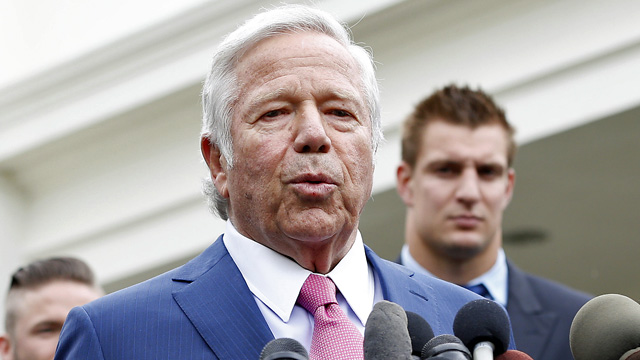