Blake Swihart has no shortage of brains to pick.

Even though Christian Vazquez is out for the season following Tommy John surgery and Ryan Hanigan is out until after the All-Star break following right hand surgery, both catchers continue to be valuable resources for the Boston Red Sox as Swihart transitions into his new role as a major league backstop.

?Just asking about the pitchers, asking what they do here, asking about the opposing hitters. Those guys have seen all these guys. Ryan?s played with a lot of them,? Swihart told NESN.com earlier this week of his conversations with Hanigan and Vazquez since earning his first major league call-up last weekend.

?Just anything I can get out of them. They?re great teammates, though. In spring training, they were approachable. They help me out here. I?m very thankful for that.?

Hanigan, as Swihart mentioned, is an especially useful resource despite his injury because he?s a 34-year-old catcher with nine years of major league experience — seven with the Cincinnati Reds, one with the Tampa Bay Rays and now one with Boston — and a track record of defensive success. He, in many ways, can provide a good blueprint for Swihart to follow as the 23-year-old rookie continues to hone his receiving skills and enhance his game-calling ability in the early stages of his big league career.

?Hanny has probably given more recent updates, particularly when we?ve played teams in back-to-back series or close to it,? Red Sox manager John Farrell said Wednesday of Hanigan?s tutelage. ?He?ll give more of a recent feel of what he?s seen behind the plate before the injury, talk with Blake on some points.

“Of the two, Hanny?s been much more proactive and by design, really, on what we?ve tried to include him on.?

This isn?t to say Vazquez hasn?t been helpful in easing Swihart?s transition, though. Vazquez doesn?t have Hanigan?s major league experience and has a full plate in his own right due to the magnitude of his elbow injury, but the 24-year-old remains 100 percent willing to guide Swihart in any way possible.

After all, Vazquez made the leap from Triple-A Pawtucket to Boston just 10 months ago, so he, in addition to being with the club longer than Hanigan, can lend advice based on the success he recently had in moving up the Red Sox?s organizational ladder.

?I?m here to help everybody, especially him,? Vazquez said Wednesday, sitting at his locker at Fenway Park with his right arm wrapped up. ?I was new here last year. It?s great to be here, and to make the big leagues is your top (priority). I?m here to help.?

Vazquez is a bit hamstrung in how much time he can spend with Swihart. Such is the reality of Vazquez?s rehab, which prevented him from traveling with the team to Toronto for its weekend series. And such is a frustrating concept for an extremely competitive player, like Vazquez, who must take care of his own injury-related responsibilities despite his strong desire to help his teammates, particularly Swihart, even while sidelined.

?A little bit,? Vazquez told NESN.com of the frustration of being out of action for an entire major league campaign. ?But that?s part of the game and part of life, you know??

Life can throw anyone a curveball in the dirt. The Red Sox certainly didn?t envision calling up their top prospect at the beginning of May because of injuries to both their starting catcher and their backup-turned-starter. Heck, they didn?t envision acquiring Sandy Leon, who joined Boston at the end of spring training and now serves as Swihart?s backup.

But the situation is what it is. And so far, Swihart has drawn positive reviews from both the Red Sox?s starters and Boston?s coaching staff.

?I think he?s handled himself well. You observe the conversation with the starting pitcher, or the staff in between innings, and that?s all been at a good pace,? Farrell said. ?You don?t see the game speeding up on him or him being inundated with information. I think he?s still been able to think freely behind the plate, read some swings. I think for the most part he?s been able to handle the ball in the dirt OK.

Swihart?s athleticism, work ethic and existing baseball IQ obviously are integral in his initial jump to the majors, just as they were essential in the former first-round pick developing into Boston?s top prospect and arguably the Red Sox?s most untouchable asset. Still, a little help never hurts. And one piece of advice that Swihart received from both Vazquez and Hanigan stands out.

?It?s still the same game,? Swihart said, reflecting on what he considers the most critical message to date. ?You go off your instincts and what you see.?

Swihart has been thrown into the fire as a rookie catcher on a team with a struggling pitching staff and World Series aspirations. Fortunately, help exists at two lockers located in separate corners of the Red Sox?s clubhouse. 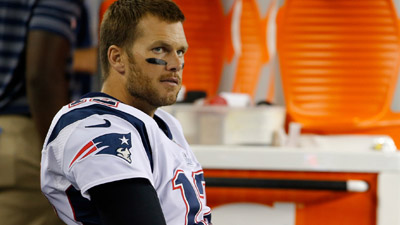 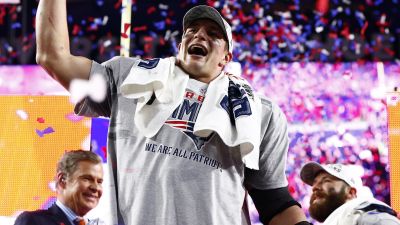