Riley Curry, you the real MVP.

Stephen Curry was his usual spectacular self Tuesday night, going off for 34 points to help the Golden State Warriors down the Houston Rockets in Game 1 of the NBA Western Conference finals.

With that in mind, one would expect the NBA Most Valuable Player to be the star of the show at his post-game press conference. But one didn’t plan on Riley, Curry’s 2-year-old daughter, completely upstaging him with some downright adorable antics.

Curry did his best to answer questions, but it was clear all eyes in the room were focused on Riley, who happily waved to the throng of reporters and did other awesome, nonsensical things that 2-year-olds tend to do.

Here’s hoping Curry gets stuck with dad duty for the remainder of the series, which continues Thursday night at Oracle Arena. 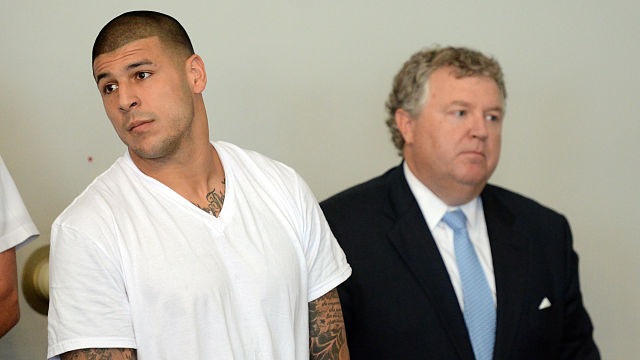 Report: Aaron Hernandez Was Lookout In Prison Fight, Thought To Be Gang-Related