Travis Shaw, whom the Red Sox called up earlier Friday, will be in the lineup at first base and hitting ninth as the team opens a three-game series in Toronto. Mike Napoli will serve as the designated hitter in place of Ortiz, who was suspended for making contact with an umpire during an April 19 game.

Shaw, 25, will be making his major league debut. The 2011 ninth-round draft pick has a .189 batting average in 24 games this season at Triple-A Pawtucket, homering twice and driving in 15 runs.

Left-hander Wade Miley will start on the mound for the Red Sox. Miley’s numbers (1-3, 7.15 ERA) aren’t pretty, but he showed signs of improvement his last time out, as he was a tough-luck loser after allowing three runs on seven hits against the New York Yankees. Miley was roughed up in his last road start, as he was chased in the third inning after being tagged for six earned runs against the Baltimore Orioles on April 26.

Aaron Sanchez will start for Toronto. He took a no-decision against the Red Sox on April 27, allowing three runs in 5 2/3 innings. 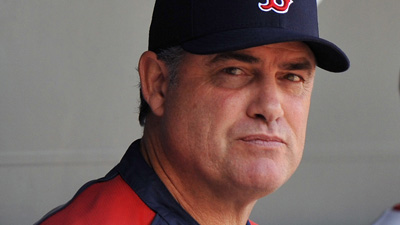