The NBA Finals are here, and for the first time since Michael Jordan’s sixth championship in 1998, neither the Los Angeles Lakers, San Antonio Spurs nor Miami Heat are among the finalists for the Larry O’Brien Trophy.

This year’s matchup features LeBron James and the Cleveland Cavaliers against league MVP Stephen Curry and the Golden State Warriors.

James is trying to lead Cleveland to its first championship, while Curry is hoping to become the sixth player to win his first MVP and NBA Finals in the same season. The last player to do that was Shaquille O’Neal in 2000.

Key Player For Cavaliers: Tristan Thompson’s play at power forward is among the primary reasons the Cavs haven’t skipped a beat after losing All-Star forward Kevin Love to a season-ending injury in Round 1.

Thompson has dominated the offensive glass with 4.0 rebounds per game during the playoffs, and the tenacity, determination and strength he displays in fighting for these rebounds is truly impressive.

The Cavs as a team average 12.1 offensive boards per game, the third-highest in the playoffs. The offensive glass is one area in which Cleveland can exploit in this series, as Golden State ranked just 18th in the league in defensive rebounding percentage during the regular season, grabbing less than 75 percent of available defensive rebounds.

Key Player For Warriors: Someone other than Curry needs to step up offensively for Golden State and Klay Thompson should be that player. He suffered a concussion in Game 5 of the Western Conference Final, but he’s been cleared to play in Game 1 versus Cleveland.

Simply put, Thompson makes the Warriors a lot better when he’s on the floor. He’s an excellent outside shooter (42.5 percent on 3-point attempts) and capable of scoring 20-plus points per game.

Here’s how the Warriors fare when Thompson is on the floor compared to when he’s on the bench.

Curry leads the Warriors with a 29.2 points per game average and is the best pure shooter in the league. The Cavaliers likely will use several different players on him defensively, including Kyrie Irving, Iman Shumpert and James. Of the three, Shumpert and James are the best perimeter defenders with good quickness, as well as having size and height advantages over Curry.

Shumpert guarding Curry makes the most sense with Irving battling a right foot strain and James needing to conserve energy defensively because he’s shouldering so much of the scoring burden. But if Shumpert guards Curry, Irving might have to defend Thompson, and that matchup is a clear win for Golden State. Cleveland’s coaching staff will be forced to make a lot of tough choices defensively because, in addition to Curry and Thompson, Harrison Barnes and Draymond Green also require a great defensive effort to slow down.

The key for whoever is guarding Curry is to contest every shot he takes, as well as fight over screens and force him to drive. Help defense and communication, especially in pick-and-roll situations, also will be crucial to Cleveland’s success against the MVP.

Prediction: It’s difficult to pick against James because he’s the best player in the world, but the Warriors have a better starting five, home court advantage and defend at a higher level. Golden State will win its second championship in franchise history in a thrilling seven-game series. 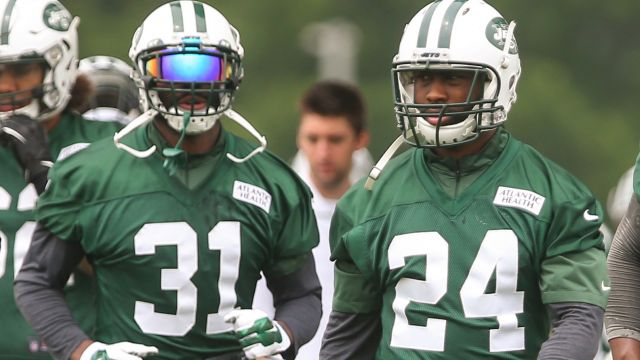