Alejandro De Aza has been a spark plug for the Boston Red Sox, and apparently, that’s just a day in the life for the outfielder.

The Red Sox acquired De Aza from the Baltimore Orioles early this month, and the club quickly learned that the 31-year-old runs on all cylinders at all times. And De Aza told WEEI’s Rob Bradford after Monday’s 3-1 win over the Toronto Blue Jays that the team should expect to see a lot more of that.

?That?€™s the De Aza way,? De Aza told Bradford. ?That?€™s how I like to play the game. I don’t like to be lazy in the game because I?€™m a runner, too, and I know you give the opposite team’s runner a chance to advance to the other base. So I do it as quick as I can.?

De Aza has seen a lot of playing time with Shane Victorino and Daniel Nava on the disabled list, and especially with Hanley Ramirez missing time due to a hand injury. He’s batting .317 with three homers and 11 RBIs in his short time in Boston, and although he’ll likely be forced into a platoon role soon with Victorino close to a return, De Aza is just happy to be playing at all.

?I don’t know what was going to be my role, but I?€™m happy,? De Aza told Bradford. ?They gave me a chance to play, and I?€™ll try to do my best to keep myself in the lineup.? 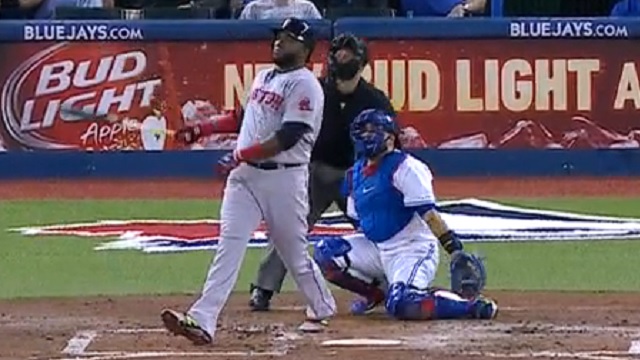