The injury that forced Cleveland Cavaliers point guard Kyrie Irving out of Game 1 of the 2015 NBA Finals on Thursday night is a fractured left kneecap, which will keep him out for the remainder of the series, the team announced Friday.

This is a massive blow to the Cavs’ chances of beating the Golden State Warriors, especially after already losing Game 1 in overtime at Oracle Arena. Irving scored 23 points before departing, and he also had an amazing shot block on Warriors guard Stephen Curry at the end of regulation that helped force overtime.

Cleveland came into the season with three superstars: LeBron James, Kevin Love and Irving. Love suffered a shoulder injury in Round 1 against the Boston Celtics and was ruled out for the remainder of the playoffs. Now that Irving’s season also is finished, the Cavs will have to rely even more on a bench that is neither deep nor talented — and as the graphic below shows, Cleveland could be in trouble.

Game 2 is Sunday night in Oakland, and the Cavs have some work to do.

I want to thank everyone for the well wishes. Saddened by the way I had to go out but it doesn't take away from being apart of a special playoff run with my brothers. Truly means a lot for all the support and love. I Gave it everything I had and have no regrets. I love this game no matter what and I'll be back soon. To my brothers: You already know what the deal is. And to Delly: "ICE it down del" *Big Perk voice * 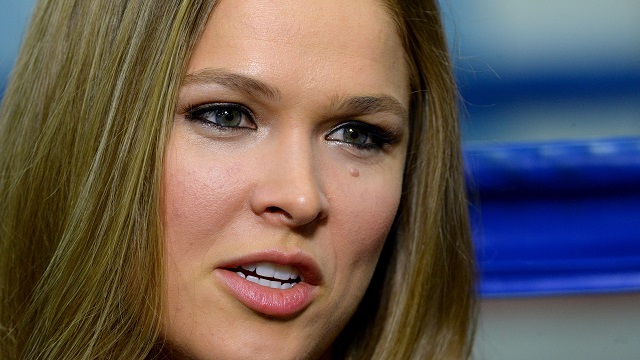 Ronda Rousey Shy? UFC Champ Explains Why She Doesn’t Have A Boyfriend