Will they actually use all four of those selections? Not if Danny Ainge has his way.

The Celtics’ president of basketball operations said Tuesday in a pre-draft meeting with reporters that the team is actively seeking out ways of moving up in the draft.

“We’re having discussions to move up with both of our picks in the first round,” Ainge said. “We’re trying to move up with at least one of them. But I think there will be some movement. … (I’m) hopeful.”

The Celtics aren’t the only team looking to do a bit of wheeling and dealing, either. Ainge said judging by the amount of chatter he’s already heard, he expects Thursday to be a busy night around the NBA.

“Just, there’s a lot more talk,” he said. “I guess I’m hopeful that there’s some movement. Yeah, we have a lot of different things going on, a lot of possibilities. Usually, nothing happens, but we’re hopeful.”

Throughout the pre-draft process, Ainge and his staff have not hid their desire to climb up from their current perch just outside the lottery. And the Celtics have plenty of assets to work with, given their stockpile of future draft picks and stable of promising young players.

But trading up, Ainge explained, is easier said than done.

“We’re always looking for quality over quantity,” the Celtics exec said. “We have a lot of picks, so we’d like to make fewer picks this year and next year and so forth. But that’s really hard to do, especially around draft time. People fall in love with these players and fall in love with the names and the potential of all these players. Draft time is not an easy time to make deals to move up in the draft. It’s very challenging to get, especially, up in the top five or six players.”

The Celtics reportedly have tried to do just that. The Los Angeles Times reported Tuesday, citing league executives, that Boston offered a package of point guard Marcus Smart (last year’s sixth overall pick) and the 16th and 28th selections in this year’s draft to the Philadelphia 76ers for first-team All-Rookie center Nerlens Noel and the third overall pick.

The Sixers, per the Times’ sources, shot down that offer.

Smart probably is the closest thing to an untouchable player as the Celtics have, but Ainge, who did not address the trade rumor, made it clear that no one on Boston’s current roster is immovable.

“There’s no such thing as untouchables,” Ainge said. “But there’s guys that we really love and are part of our core that we don’t want to move, sure.”

Along those same lines, Ainge later added that the team plans to draft the best player available (“Best player. Always best player.”) and that how said player fits into coach Brad Stevens’ system will not be of great concern.

“I think that adjusting his system to the talent is probably easier than trying to fit players into a specific system,” he said.

But above all, Ainge is entering draft night expecting the unexpected.

“Right now, we don’t even know where we’ll be drafting or what position we’ll be in,” Ainge said. “And we think there’s going to be a lot of activity on draft night. So, stay tuned. Our draft pick may have been traded before we even make the pick.

“I’m excited about the draft. It’s going to be fun.” 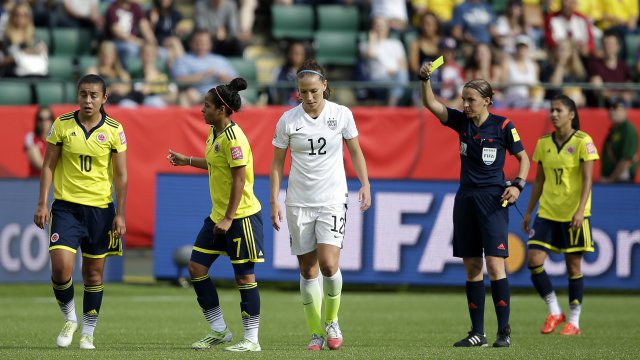