It will take much more than a head wound to keep LeBron James out of the NBA Finals.

LeBron wins lots of games, but he couldn’t win the battle with a camera, sustaining a lacerated head in the collision.

James stopped the bleeding with a towel pressed to his head and kept playing. But just like when he was a 16-year-old dreaming of NBA glory, LeBron received a visit for his mom, who just had to kiss her son in front of 17,000-plus fans.

That cringe is something we all know well: Moommmmmmm!!! 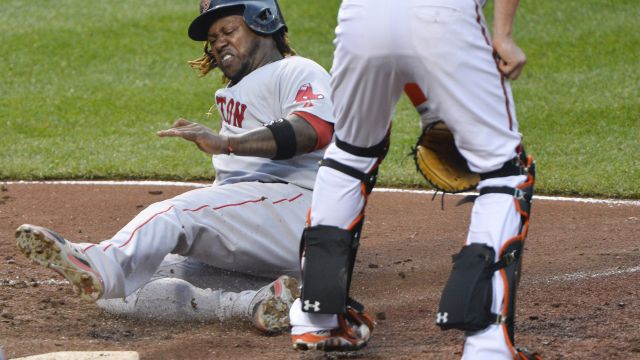