The Altoona Curve will hop on Trolley to the Neighborhood of Make-Believe on July 5.

The game, against the Harrisburg Senators, will be more than just fun for kids, though. The Curve are holding a sweater drive, with bins around the ballpark for fans to donate their new or lightly used sweaters, to benefit the American Rescue Workers.

Whoever came up with this idea deserves a big “ugga mugga” from somebody. 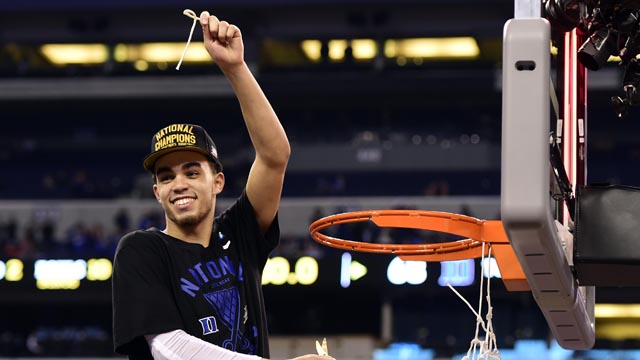 Celtics 2015 Draft Outlook: Tyus Jones Among Best Fits At No. 16